Drake London is single and is not dating anyone. He appears to be private about his personal life, as he hasn’t revealed any details about his romantic relationships.

This information, however, will be updated as soon as it becomes available. 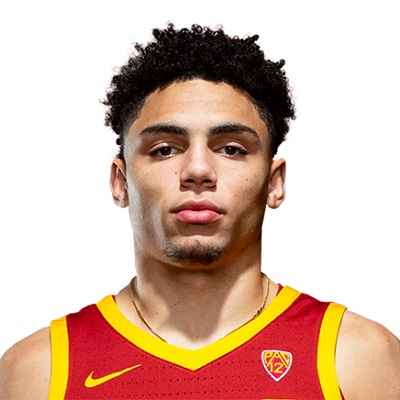 Who is Drake London?

Drake London is an American football wide receiver for the National Football League’s Atlanta Falcons (NFL). He attended USC and was taken eighth overall by the Falcons in the 2022 NFL Draft.

Drake was born on July 24, 2001, in Moorpark, California. As of now, he is 20 years old. Talking about his nationality, he holds an American identity.

He is the son of Dwan London and Cindi London. There is no information regarding his siblings.

London is an American football wide receiver for the National Football League’s Atlanta Falcons (NFL). He attended USC and was taken eighth overall by the Falcons in the 2022 NFL Draft. In high school, he participated in football and basketball.

He collected 62 receptions for 1,089 yards and 12 touchdowns as a senior on the football team. He averaged 29.2 points, 11.9 rebounds, and 3.8 assists per game as a senior. London has committed to playing football and basketball at the University of Southern California (USC).

London started nine of 13 games as a true freshman in football, tallying 39 receptions for 567 yards and five touchdowns. As a freshman, he appeared in three games and grabbed three rebounds.

London currently has a net worth of $5 million. He has amassed a sizable fortune through his career as a football wide receiver.

His earnings provide him with a good and comfortable living.

Drake has not yet been involved in any sort of scandal. He appears to avoid undesired scandals and rumors, and he avoids unnecessary interactions with the press, which creates drama and difficulties.

Drake has a tall height of 6 feet and 3inch. His body weight is roughly around 98kgs.

Moreover, he has a pair of black eyes and curly black air which complements his personality very well.