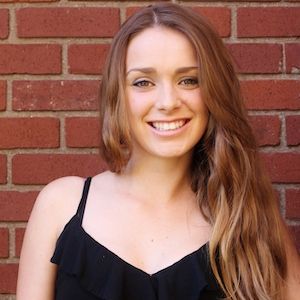 Drea Blackwell has kept most of the information about her personal life a secret. There are no records available about her past relationships. At present, she is believed to be single.

Who is Drea Blackwell?

Drea Blackwell was born in the United State of America. She belongs to American nationality but her ethnicity is not revealed yet. She was from a middle-class family. As she is a secretly living person she has not shared about her family, siblings, date of birth, her age and her early life.

As per her education, she attended the Monterey High School and then shifted to the Cuesta College for a year. In 2014, she was graduated with a bachelor’s degree in Journalism from the San Jose State University.

She gave a start to her career in May 2013 where she worked as a Media Relations Intern at Mazda Raceway Laguna Seca. After working for more than four-month she worked for SJSU-Update News between August 2013 to December 2013.

From February 2014 to may 2014  she worked in ABC Television-KGO-TV likewise she worked for Total Traffic & Weather Network from December 2014 till July 2016.

She has also been part of the Central Coast’s leading news station, KSBW-TV as an anchor for sports segment.

Drea Blackwell has not been part of any notable controversies in her career. Furthermore, at present, there are no rumors concerning her life and career.

She has light brown hair color and her eye color is brown. Beside this, there is no information about her height, weight, shoe size, dress size and many more.