Internet personality Dream is low-key about her love affair. 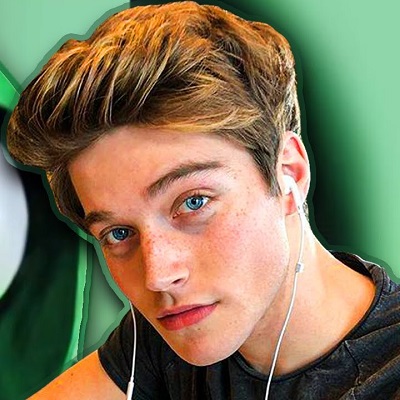 What is the relationship of Dreamwastaken?

The star has never talked about anything regarding his relationship status. Neither he is seen dating anyone.

So it’s obvious that Dream is single and may be focused on his career right now.

Dreamwastaken is one of the popular Gamers who has risen to fame for his Dream YouTube channel. He became popular for his gaming videos and earned millions of subscribers in a short span.

Dream hasn’t revealed his face yet and only posts different other pictures. He posted a picture of himself covering his face on December 24, 2020. All of his fans are eagerly waiting to see his face.

It was said that he will be featured in The MrBeast Video Collection Livestream on January 1, 2021.

Dreamwastaken was born on August 12, 1999, in the United States. His first name is Clay.

He was raised with two sisters and a brother. His younger sister is just a 14-year-old and is nicknamed Krista. She was featured in one of his videos.

Likely, he also has an older sister and a younger brother. And his parents’ names are also unknown.

Dream used to play football on his high school flag football team. Likely he also played basketball. He did not attend college as he thought that he could get a job without a degree. Also afterward, he formerly worked for AppleCare.

The first video he posted was titled “1000 subs” in the year 2014. At that time, he used to have around 1K subscribers and he stuck into 1K for many years.

The star got his first breakthrough in the year 2019 when he posted the video titled “this cursed Minecraft video will trigger you…”. Dram’s channel is one of the fastest-growing channels in the history of YouTube, gaining almost 15 million subscribers in a year.

The dream is popular for his gaming videos and his popular Minecraft series “Minecraft Speedrunner VS 1/2/3/4 Hunter(s)”, and “Unsolved Mysteries”.

Furthermore, he formed the popular gaming group Dream Team alongside GeorgeNotFound, Sapna, and BadBoyHalo (Unofficial) in 2019.

The dream has his name on the nomination of the 10th annual Streamy Awards in 2020 in the Gaming and Breakout Creator categories.

The star must have earned good money from his internet career. Yet his net worth is under review.

Likely, he has his merchandise through his official website. It sells various ranges of clothing, footwear, Headwears, Dream’s edition Coins, Tumblers, and so on.

To date, the star has influenced various people and is building his internet career, He hasn’t been involved in any such activities creating rumors and controversies.

Dream stands tall with a height of 6 feet and 3 inches. He hasn’t revealed his face and so his facial appearances are also unknown.

Likely, his official TikTok account also holds 1.4M followers with 3M likes. Similarly, he has his own YouTube channel with 15M subscribers.

You may also read the bio of other gamers like SallyGreenGamer, TommyInnit, SSundee, and Phil.