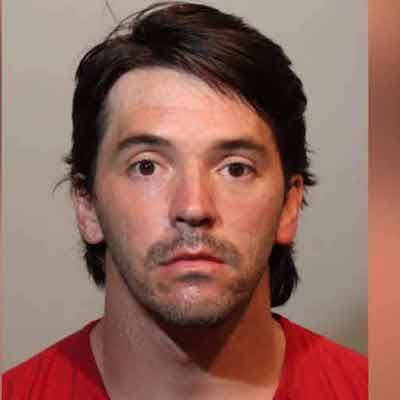 Drew Drechsel at present is in a relationship. He is dating a girl named April Becker since 2015. But they first met each other in the year 2013.

His girlfriend was also seen in American Ninja Warrior and they have a son whose name is Korey Drechsel. His child was born in Dec 2019.

Who is Drew Drechsel?

Drew Drechsel is an American TV star s well as a gym owner. He is popular for participating in a reality game show, American Ninja Warrior.

In Aug 2020, he was in the media due to the charges of child sex. He was arrested on Tuesday and was said to persuade a minor in sending her sexually explicit images.

He also had sex with that girl multiple times but in his defense, he said that he did not know her age. Later, Drew is accused of child pornography, illicit sexual conduct with minors, and more.

If this is proved that he might end spending 20 years to life in prison.

Due to this lawsuit, he was eliminated from the American Ninja Warrior show. The makers told the media that they were shocked after hearing the news.

His birthdate is 06 Jan 1989 and he was born in Florida, the US. The name of his mother plus his father is unknown.

Drew’s ancestry is Caucasian and regarding his academics, the details are behind the curtain.

Drew Drechsel is a popular face of the TV industry as he has competed in eight seasons of American Ninja Warrior champion (SASUKE).

He was first seen in season 4 till season 11. But he was not selected in an audition of season 3. But due to his involvement in sexual conduct with a minor, he was expelled from the show.

Besides being a TV star, he was also a fitness trainer who owns a gym, New Era.

As of 2021, he has an estimated net worth of around $500k US. The yearly salary from his acting journey is under the rug.

Drew Drechsel’s height is 5 ft 9 inches and his body weight is 73 kg. In addition, his eyes are dark brown and he has hair in black color.