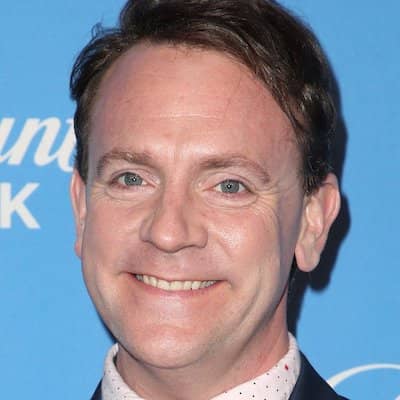 What is the relationship of Drew Droege?

Drew Droege at the current time is possibly single. The details of his girlfriend or affair are not yet made public.

He is often present on digital platforms but he has not posted things related to his personal life. Instead, he uploads memories from his workplace with his co-actors.

Who is Drew Droege?

Drew Droege is an actor, comedian, and director of American nationality. Drew Droege is primarily known for his projects like Scouts Guide to the Zombie Apocalypse (2015), Masc Only (2016), The Circle (2017), etc.

He will be seen in Cora Bora as Mark the Slob and The Comedians (Podcast Series) as Chauncy which is in the post-production stage.

For his amazing acting, he won the OMFG Internet Award in 2008 plus the Emerging Talent Award in 2010 at Outfest Film Festival.

His actual birthdate is 09 Feb 1977 and he was born in Columbia, South Carolina, the United States as Andrew Gerhardt Droege. The name of his mother is Candy Droege and his father’s identity is Al Droege.

Further, Drew’s ancestry is Caucasian and as per his academics, he first went to Lincolnton High School. Then he enrolled at Wake Forest University to obtain a BA degree in Theatre & English.

He also got training at The Groundlings Sunday Company in Los Angeles.

Drew Droege is a successful actor who debuted with the movie Romeo & Juliet Revisited as Benvolio in 2002.

Recently in 2022, he was seen playing a character named Combover Stew in the hit Netflix comedy “Me Time“. This film features stars like Kevin Hart, Regina Hall, Mark Wahlberg, and Jimmy O. Yang. This film is about a stay-at-home dad whose name is Sonny.

He went for his own time when his family was away for a while. Written, directed as well as produced by John Hamburg, Me Time was released on 26 Aug 2022 on Netflix.

Some of Drew’s other noted roled TV shows are,

His featured movie credits with their release year are,

Drew is also an excellent writer who has worked in many TV series. He has written an episode of The Rigmarole in 2021, AJ and the Queen in 2020, and five episodes of Not Looking in 2014.

By the reports of 2022, Drew Droege has an estimated net worth of $5 million which he collected from his work. He has a total of 204 acting credits as of this writing.

This cast of Me Time (movie) is keeping himself away from scandals along with desperate rumors.

Drew Droege’s height is 6 ft 1 inch and his body weight is of decent shape. Furthermore, he has light brown hair and his eyes are blue in color.

Also, he is staying close to Instagram where he has around 22.4k followers. His picture of him with ME Time movie actors which was posted on IG on 25 Aug 2022, is loved by the viewers.