Drew Parks is a former American rapper, record producer, and songwriter. He seems to be single or maybe hasn't revealed his love life.

He seems to be single or maybe hasn’t revealed about his love life. Drew may be more focused now on building his career. 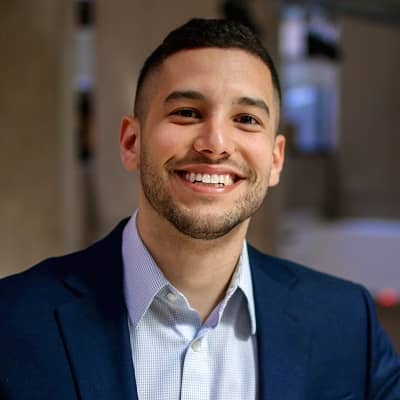 Who is Drew Parks?

Drew Parks is best known and gained national recognition for his music career in the early 2010s. His music was also featured on networks and music publications such as ESPN, MTV, Freeform, iHeartRadio, and others.

Parks isn’t active in the music industry now. His last official release was in 2016.

Drew was born on December 3, 1991, in Royal Oak, Michigan, U.S, and grew up living in Troy, Michigan. His birth name is Andrew Michael Parks.

His parents are both of Greek descent but their names aren’t disclosed. He is a member of St. Nicholas Greek Orthodox Church in Troy, Michigan.

He holds an American nationality and is of mixed (Anglo-Scottish, Greek, and French)ethnicity.

Drew has his schooling from Avondale High School in Michigan. He completes his graduation with a bachelor’s degree in marketing from Oakland University.

As for now, he is a second-year law student at the University of Michigan Law School. He joined it just in 2019 and is currently studying to get a Juris Doctor degree.

Drew Parks has pursued his career in music as an artist and producer. He started his musical career at the young age of 10 under the nameDrew32. Drew writes, produces, and records his songs by himself.

His music career flourished in 2011 when he performed in the Fender Lodge at the 2011 Sundance Film Festival. Likely, he was also popular after performing at the 2011 SXSW Music Conference in Austin, Texas.

Moreover, he has performed at different concerts, festivals, conferences, including the SXSW Music Conference, the Sundance Film Festival, and at afterparty events for Eminem, Rihanna, Jay-Z, Justin Timberlake, and Kevin Hart.

Drew was one of 18 US artists selected by Billboard magazine to compete in the 2012 Billboard Music Awards Battle of the Bands competition. He has his music featured on networks like ESPN, MTV, Freeform, iHeartRadio, SiriusXM, BBC 1Xtra, and in various music publications such as Billboard, Vibe, XXL, Respect, and others.

Parks isn’t active in the music industry now. His last official release was his 2016 album, Away We Go, which featured the single “We Love Them,” a collaboration with Fatman Scoop.

After he left the music industry, he attended law. He is now working as a Digital Producer at an advertising agency.

Moreover, he has worked with a team of web developers, animators, and graphic designers, and in the fast-paced world of digital advertising.

Drew was one of the popular names in the music industry and so must have a great earning. Though he has now built his career in advertising and law. His exact net worth isn’t revealed as of 2022.

Drew has not been part of any notable controversies in his career. Furthermore, there are no rumors regarding his personal or professional life.

The information about Drew Parks’s height and weight are unknown. By looking at his pictures, we can say that he has he is a brunette with dark brown colored eyes.

Likely, he also uses Deezer and has over 1K fans on his account.

Also, get to know the bio of other musicians like Hugh McDonald, Thomas Mars, and Sandra Denton.