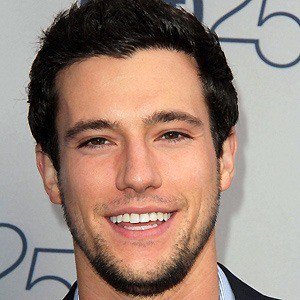 I feel like science fiction can get a bad rap sometimes because people make something just to throw an alien in it or just to make it weird, and it doesn't really have a story.

When you turn on the TV, you hear bad stuff, all the time.

What is the relationship of Drew Roy?

Drew Roy is a married person. He has been married to Renee Gardner since December 2015. The couple tied the knot at the Higuera Ranch. The couple has welcomed a child named Jack Roy in March 2017.

Who is Drew Roy?

He was born on May 16, 1986, in Clanton, Alabama, USA. His birth name is Andrew Roy and he is currently 33 years old. His father’s name is Richard Roy and his mother’s name is Pam Roy. He has a sister named Lauren Roy. He initially wanted to become a doctor but he did not attend University.

Drew holds American citizenship and his ethnicity is a mix of Cajun, French, and Italian.

In which school did Drew Roy attend?

He attended Chilton County High School and graduated from there, with top marks of his class.

Drew Roy portrayed the minor role as ‘Curse of Pirate Death’ and ‘Blink’. He debuted his TV career from the series ‘Greek’ as omega chi pledge and then appeared in series ‘iCarly’. He portrayed the leading role of Hal Mason in the TV series ‘Falling Skies’ from 2011 to 2015.

It seems Drew has not been awarded and nominated for her work to date.

How much is the net worth of Drew Roy?

He must have earned a decent sum of money from his career however he has not revealed his exact net worth, salary, and income. But, according to some online sources, he has an estimated net worth of around $12 million.

He has been successful in maintaining his celebrity status and has not been involved in any rumors and controversies in his career.