Drew Scheid is a well-recognized actor and television personality.

Talking about his love life, Drew Scheid is presently single and is not dating anyone at the moment. He might be focused on his uprising career right now.

Moreover, the star seems to be very private in nature and has not shared his relationship or related news to the public and media. 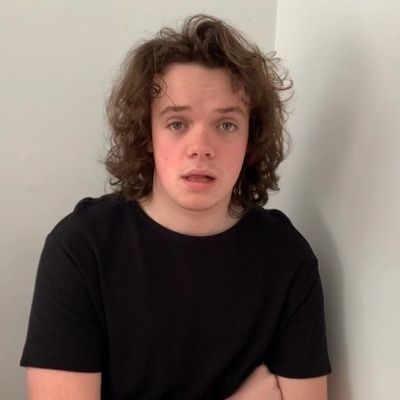 Who is Drew Scheid?

Drew Scheid is a well-recognized American actor and television personality. Scheid is widely famed for his roles in Halloween, The Darkest Minds, and Kansas City.

Moreover, he is also known for his act in Stranger Things, and Insatiable.

Drew Scheid was born on 8 January 1998. At present, his age is 23 years old. Likewise, his birthplace is Pennsylvania, the USA.

Drew is the son of his father, Donald Scheid whereas his mother is Mena Scheid. Moreover, he has three siblings named Jesse Scheid, Marlott Scheid, and Kevin Scheid.

Talking about his nationality, Scheid holds an American identity whereas his ethnicity is Caucasian.

Regarding education, the actor attended Manheim Township High School. Later, he studied at the University of North Carolina.

Professionally, Drew started featuring in the acting industry in the year 2017. He debuted in 2017 portraying the role of Gideon in the short movie, The Last Cross. In the same year, he featured in his career highlighting the role of Sweaty Teen Boy and Drink Teen in the TV series, Stranger Things.

Following year, Scheid performed in the movie, The Darkest Minds featured in the role of Arguing Kid which was directed by Jennifer Yuh Nelson. The movie showed the far of the world imprisoned by adults which led a group of teens to form a resistance group to fight back and reclaim control of their future.

Additionally, the star played alongside Amandla Stenberg, Mandy Moore, and Bradley Whitford to name a few. He also performed in Insatiable in the role of Gary in 2018. Likewise, Drew is also known for his act in Halloween, Goosebumps 2: Haunted Halloween, written by Rob Lieber, Champaign ILL, Kansas City.

Drew in advance has appeared as a guest actor in Superstore, Your Pretty Face is Going to Hell, and so on. Freshly, he featured in Droughy, Words on Bathroom Walls, Charles/Glee Club President in Dwight in Shining Armor, and so on.

It is reported that Drew Scheid has an estimated net worth of $1 million as of 2022. However, the superstar has not disclosed his exact salary, earnings, and assets details till now.

Drew has never been part of any controversial matter or rumors till now. The actor has been preoccupied with his professional and private life.

It seems that Scheid prefers enjoying his personal life and does not want to merge it with his professional life.

23 years old actor, Drew has handsome looks and an admirable personality. He stands at a height of 5 feet 6 inches. Also, he has a balanced body weight of 74 kg.

Furthermore, Scheid has blue eyes whereas his hair is brown.

Regarding his social media presence, Drew Scheid is an active personality on social media. Drew has more than 10.5k followers on his official Instagram account @drewscheid.

He is also active on Twitter. Moreover, Scheid is also available on Facebook with nearly 1k fans and supporters.

Who is Drew Scheid related to?

What is Drew Scheid in?