Duane Martin married Tisha Campbell on August 17, 1996. The couple has given birth to two children, Xen, and Ezekiel Czar Martin.

After being bankrupt and with the rumors of Martin being bi, Tisha filed for divorce in February 2018, after 22 years together.

After their divorce, there have been rumors about Martin dating Jada Pinkett Smith. However, he seems to be single at the moment. 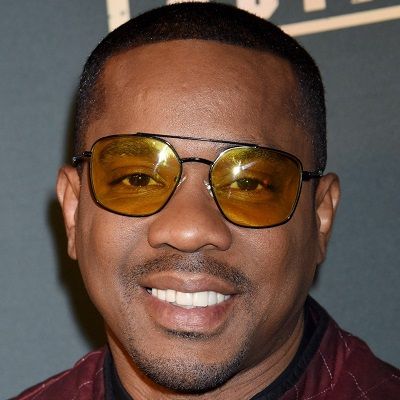 Who is Duane Martin?

Duane Martin is an American film and television actor and a former basketball player. He is famous for his appearance in different movies and TV shows like “Real Husbands of Hollywood”, “White Men Can’t Jump”, “Above the Rim” and so on.

Martin is also the owner of Impact Sport, a sports agency he created.

Martin was born on August 11, 1965, in Brooklyn, New York. The information on the names and whereabouts of his parents are currently unknown.

Martin is of American nationality. However, his ethnicity remains unknown.

Duane Martin made his TV debut in the NBC comedy series, “Out All Night”, which also featured stars like Patti LaBelle, Vivica A. Fox, and Moris Chestnut. Likewise, he was a cast member in the short-lived sitcom “Getting Personal”. Furthermore, he has also made an appearance on Boyz II Men’s music video “I’ll Make Love To You.”

Similarly, Martin acted in the sitcom “All of Us”, portraying TV reporter Robert James. In addition, he guest-starred on his wife’s Sitcom Rita Rocks as a character named “Chuck“, and Fernando on The Paul Reiser Show.
Martin’s notable feature film roles include Willow in the film “White Men Can’t Jump“, Jr. Phillips in the movie “The Inkwell, and Kyle Lee Watson in “Above the Rim“.

Martin’s latest appearance on TV shows him portraying himself in the BET comedy “Real Husbands of Hollywood”.

Throughout Martin’s career, his work has earned him nominations for a few awards for his performance in his different movies and TV Shows. In 1993, he got nominated for the award “Outstanding Performance in a Children’s Special” for his appearance in CBS Schoolbreak Special.

In 2004, he was nominated for the award “Outstanding Supporting Actor in a Box Office Movie” for his Role in “Deliver Us from Eva”.

Martin has a net worth of $15 million dollars. However, his exact salary is under review. His professional career has helped him in earning not only wealth but also has grabbed huge fame.

In 2016, there were rumors that Martin was the secret gay lover of the Superstar “Will Smith“.

In 2018, there were rumors that he had hidden assets and money for years even though he had filed for bankruptcy.
Lately, he was also accused of using Domestic violence against ex-wife Tisha Campbell.

Duane Martin has a height of 5 feet and 8 inches and weighs 70 kg. He has black-colored hair and his eyes are also Black.