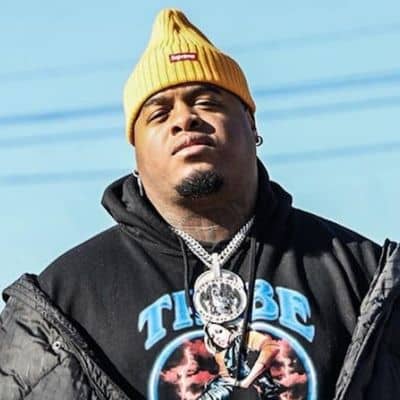 Is Duke Deuce Single Or Dating?

Duke Deuce likes to keep his personal life out of the limelight and has not revealed anything regarding his past relationship or girlfriend as of now. If we get news regarding his marriage in the coming days then immediately update you guys.

So, the American rapper, Duke Deuce is currently single.

Who Is Duke Deuce?

Duke Deuce, famously known as Patavious Lashun Isom, is a rapper who hails from America. He is popular for his hit singles like, ‘Yeh’, ‘Grab A…’, and ‘Freaky Lil Bih’.

Presently, he is signed to Quality Control Music, and is famous for his song, “Crunk Ain’t Dead”.

Similarly, he belongs to the mixed (Afro-America) ethnicity and as per the astrologers, his birth sign is Taurus.

His birth name is  Patavious Lashun Isom and was born to a Christian religious family. His father’s name is Duke Nitty, he is a famous record producer while the name of his mother is not known.

The rapper has not shared any info related to his early educational life.

Duke started his career in the early 2010s but got international exposure in 2018.

His single, Whole Lotta was released in 2018, and he went on to release other singles and accompanying music videos. The video earned him immense fame and recognition, which was able to attract thousands of streams online.

Even the rapper Offset invited him to meet him, and he signed a record deal with Quality Control Music. His debut studio mixtape, “Memphis Massacre”, was released on September 7, 2018. It contained 15 tracks and Project Pat and Offset were featured in the tape.

The year 2019 became his major breakthrough, and his single, Yeh was dropped on June 1, 2019. Ayoza was the producer, while Zach_Hurth was the director of the single.

Some of his most recent singles are titled, “Ya Heard Me” and “Crunk Aint Dead”.

The famous American rapper, singer, and songwriter, Duke has an estimated net worth of around $800K. Duke makes money by performing live ents and from music sales.

On October 12, 2013, he created a self-titled YouTube channel, which is enriched with over 310k subscribers as of January 2023.

According to the internet, Duke Deuce has not been involved in any rumors or scandals up to this point. He has always been able to balance his business and home lives. He has always stayed out of the negative spotlight that could harm him.

Talking about his body features, Duke stands at the normal height of 5 feet 11 inches and weighs around 85 kg. His vital measurements including, chest size, arms size, and waist size are not available at the moment.

In terms of physical appearance, he has a dark complexion, along with a pair of black eyes and hair.

Moving on to his social media presence, he is active on it. On his Instagram account, @dukedeuce, and has garnered more than 826k followers.

On the other hand, he has been active on Twitter since March 2015, where he is followed by nearly 43.9k people.

There is also an official Facebook page under his name, that has over 327k followers.