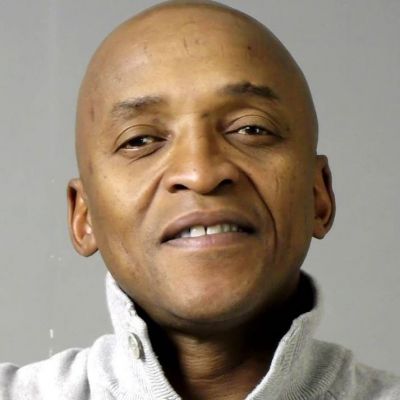 Talking about his love life, Dumisani Dlamini was married to Jewish-American partner  Deborah Elizabeth Sawyer. The couple had a wedding ceremony in front of their family, friends, and relatives in a closed ceremony.

The duo stayed together for 15 years. Together, they have two lovely children. One of the children is Amala Ratna Zandile Dlamini aka Doja Cat and his other child’s details are still not mentioned in the public.

Doja Cat is a popular American rapper, singer, songwriter, and producer who is renowned for her song So High and SoundCloud. Shortly after he returned to South Africa from Los Angeles, the couple separated.

Moreover, Doja claimed that she has never met her father in the public till now. However, Dlamini declined the claim and says he has maintained a relationship between the father and daughter.

Who is Dumisani Dlamini?

Dumisani Dlamini was born on 23 October 1963. At present, his age is 57 years old. Likewise, his birthplace is Durban, South Africa. Afterward, he shifted to Los Angeles, the USA to pursue his education.

Not known much about his father and mother’s details, Dumisani has been secretive towards his family details. Moreover, he has not disclosed his siblings’ details in the public till now.

Talking about his nationality, Dlamini holds a South African identity whereas his ethnicity is Zulu.

Regarding education, the actor has not mentioned his exact education details in the public. He might have graduated from the renowned university of the town.

Professionally, Dumisani started his career in the year 1992 when he emerged as Crocodile in the drama-musical film Sarafina!. He also served as an assistant in the action-crime movie Stander in the year 2003. Dlamini was nominated for the Golden Horn Award for his best performance in a show.

Furthermore, the South African veteran also played the character in many movies like 21st Street in the role of Passwerby, Entabeni in the role of Zorro, Project Morning Star as Priest, and so on.

Dumisani has also portrayed the role of Merchant in The Seven of Daran: The Battle of Pareo Rock, Love, and Kwaito as Bra Sol, and a Number as Kong.

The producer is also remarkable for producing in some television series such as Drum, Homecoming, Of Journey, Treasure, and Home. He featured as Passerby in the short film 21st Street in 2010. Also, he made an emergence as Kong in the television series Number Number in 2017.

Prominent celebrity, Dlamini has earned a handsome amount of money from her multiple profession.

It is reported that Dumisani Dlamini has an estimated net worth of $1.5 million. His main source o income is from his career in the film industry. Similarly, his daughter Doja has an approximated net worth of $4 million. She earns fabulous money from her career being a singer, rapper, songwriter, and producer.

However, the celebrated personality has not disclosed his exact salary, earnings, and assets details till now.

There have been some claims in the name of renowned star Dumisani. He has been linked to dating several women till now. He had intended to marry an accountant Girlie Nhlengethwa. However, the actor could not come into a debate with what Girlie’s family was demanding.

Moreover, he also tried to tie the knot with Nandi Ndlovu who is a named writer and also a singer Lebo M.

Also, there is an allegation that Dumisani has seven children from different women.

57 years old star personality, Dumisani Dlamini has bold looks, a muscular and athletic body, and an admirable personality. He stands at a height of 5 feet 9 inches. Also, he has a balanced bodyweight of 60 kg.

Furthermore, Dlamini has black eyes whereas his hair is bald. He wears a shoe size of 10(US).

His body measurement is 39-34-40 inches(chest-waist-hip) respectively.

Regarding his social media presence, Dumisani Dlamini is not an active personality on social media.