Dustin Diamond at the time of his demise was possibly single. In the past, he was with Jennifer Misner for 10 years.

They started to date in 2003, then got married in the year 2009. They even tried to have a baby in 2004 but she suffered from a miscarriage. Thie former couple separated in 2013 then later got divorced.

However, in his death certificate, it was written he was never married nor did he has any children.

Next, Dustin was said to be engaged with Amanda Schutz. 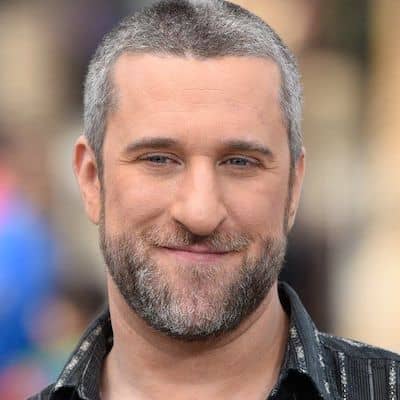 A lot of people do stand-up comedy in hopes of landing a television series. Well, I'm just the opposite. I've already had a TV series and now I'm doing stand-up. If this doesn't work, soon I'll be doing security with Gary Coleman.

I hope people stop remembering me as Screech and remember me as Dustin Diamond. I think my stand-up routine is helping that.

Screech and I have a lot in common. We are both strange, funny, interested in computers, good at chess, and chick magnets.

Who is Dustin Diamond?

His movie The Curse of the Zombie Pirates where he did the role of Shawn St. Clair is completed and will release soon. As a director, Dustin directed The Last Explorer (Documentary) in 2009, Screeched (Video) in 2006, and Dustin Diamond Teaches Chess (Video documentary) in 2001.

Dustin died because of stage 4 cell carcinoma that was in his lungs. After diagnosing this disease in Jan 2021, he started the treatment in Cape Coral, Florida, and successfully completed his first chemotherapy.

His birth year was 1977 who celebrates his birthday on 07 Jan and he was born in San Jose, California, the United States. The name of his mother is unknown and his father’s identity was Mark Diamond.

His dad worked at a computer-processing firm while his mom was a computer operator.

Further, Dustin Diamond’s ancestry was a mix of Ashkenazi Jewish-English-Irish-Scottish and as per his academics, he studied at Zion Lutheran School.

Dustin Diamond an actor is known for his role of Samuel ‘Screech’ Powers in the Saved by the Bell series. His other projects are,

By the sources of 2022, his net worth was estimated at $300 thousand. The yearly salary that he charges is under the rug.

To save his house, he requested the audience to buy his T-shirt in The Howard Stern Show in 2006. Before five years, he filed for bankruptcy. After shifting to Florida, he listed his home for sale in 2019.

This late actor of Saved by the Bell, Dustin was keeping himself away from scandals as well as rumors at the time of death.

But in Dec 2014, he was arrested for having a switchblade knife. Then in May 2015, again he was caught for possessing a concealed weapon and behaving disorderly. For this, he was sent to jail for three months then kept under probation.

This actor, Dusting grabbed the media’s attention when his sex tape titled Screeched – Saved by the Smell was surfaced in 2006. In his defense, he said that the tape was initially shared between a group of friends who used to gather every month for a particular reason.

In the Oprah Winfrey Network show, he further explained the man in that tape was his stunt double.

Dustin Diamond’s height was 5 ft 11 inches and his body weight was 75 kg. Adding some more, he had dark brown eyes and had hair in dark brown color.