Dustin Hoffman married Anne Byrne Hoffman on May 4, 1969. They had a daughter, Jenna (1970). Dustin adopted Anne’s daughter, Karina too.

The used to live in Greenwich Village but got divorced in 1980 after staying together for 11 years.

Then Dustin married to a businesswoman, Lisa Gottsegen, on October 12, 1980. The couple has four children together: Jacob Edward, Rebecca Lillian, Maxwell Geoffrey, and Alexandra Lydia. 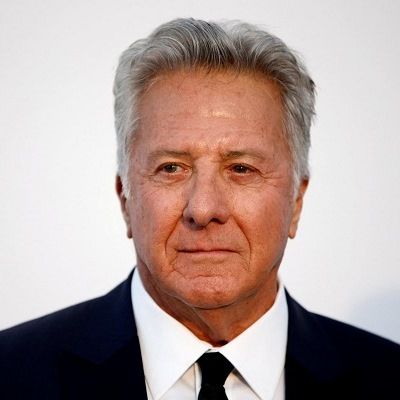 We all believe what we read. I read how Tom Cruise and I were two big egos holding up shooting. I know that isn't true - but if I wasn't making a movie with him and I just picked up the paper, I'd believe it. That's interesting, isn't it?

I got into acting so that I could meet girls. Pretty girls came later. First, I wanted to start off with someone with two legs, who'd smile at me and look soft.

If a lot of dogs are on the beach, the first thing they do is smell each other's ass. The information that's gotten somehow makes pacifists out of all of them. I've thought, 'If only we smelled each other's asses, there wouldn't be any war.'

Who is Dustin Hoffman?

Dustin Hoffman is an American actor and director. Likely, he has been called one of the greatest actors of all time and is known for his versatile portrayals of antiheroes and emotionally vulnerable characters.

This actor has also been awarded several awards.

Dustin Hoffman was born in Los Angeles, California, the United States on August 8, 1937. He is 84 years old. His birth name is Dustin Lee Hoffman.

His father’s name is Harvey Hoffman and his mother’s name is Lillian Gold. He was brought up in a humble Jewish family who were neither religious nor observant.

He has a sibling namely, Ronald Hoffman. Dustin holds American citizenship and Ashkenazi Jewish ethnicity. His birth sign is Leo.

Talking about his profession, during the 60s, Dustin Hoffman earned a few opportunities to act in Off-Broadway productions, and side by side, he studied method acting at Actors Studio.

In the year 1967, he acted in his first theatrical film, ‘The Tigers Make Out’, and directed the productions Two for the Seesaw’ and ‘The Time of Your Life for the Fargo-Moorhead Community Theatre, for which he received $1000.

In the same year, Mike Nichols took his screen test for ‘The Graduate’. Likewise, he also landed the role and it became the biggest sensation in American cinema. His unconventional looks and brilliant acting skills established him as a star.

Although Hoffman’s career had now kick-started in Hollywood, he returned back to Broadway in 1968 to act in ‘Jimmy Shine’. In the year 1969, ‘Midnight Cowboy, an American drama, starring Hoffman, Jon Voight, etc. was released.

In the year 1976, he starred in major films like, ‘All the President’s Men’ and ‘Marathon Man’. These movies were establishing him as a seasoned actor and in the following years he acted in ‘Straight Time (1978)’ and ‘Agatha (1979)’.

Likewise, 1979 elevated Hoffman’s position in the Hollywood film industry when ‘Kramer vs. Kramer’ was released. It was another stepping stone in Hoffman’s career.

Next came ‘Ishtar’ in 1987, a comedy movie that was a serious failure in Hoffman’s otherwise shining film career. He starred in the movie with Warren Beatty.

Although it was a big flop ‘Ishtar’ became a cult film. Another big role in Hoffman’s career came with his portrayal of an autistic savant in ‘Rain Man’ in 1988.

In the following year, ‘Family Business’ was released in which Hoffman starred along with Sean Connery and Matthew Broderick.

Additionally, he starred in ‘Stranger Than Fiction’ in 2006, which is a comedy-drama-fantasy film, along with Will Ferrell, Maggie Gyllenhaal, etc. And in the same year, he played the perfumer Giuseppe Baldini in ‘Perfume: The Story of a Murderer’.

Moreover, he also starred in ‘Mr. Magorium’s Wonder Emporium’. Besides that, he did voice acting for the animation ‘Kung Fu Panda’ in 2008.

He has an estimated net worth of around $100 million (as per 2021 data) and he has earned that sum of money from his professional career. Being an award-winning actor, he is living a lavish life.

There was a rumor that Dustin Hoffman sexually harassed Anna Graham Hunter on the set of Death of a Salesman when she was only 17. Currently, he is far from rumors and controversies.

Dustin Hoffman has a height of 5 feet 6 inches. Additionally, he weighs is 67Kg.

His hair color is light and his eye color is dark brown.

A Former “Today” Staffer Addie Zinone Says “Matt Lauer’s relationship was ‘an abuse of power”!! Know How She Described Her Relation With Matt Lauer