Known for winning a Writers Guild of American Award and an Academy Awards for the 2008 film Milk.

Dustin Lance Black is openly gay and he has been in a relationship with British Olympic diver Tom Daley since spring 2013. Similarly, they live in London together.

They became engaged in October 2015 and on 6 May 2017 they married at Bovey Castle in Devon. 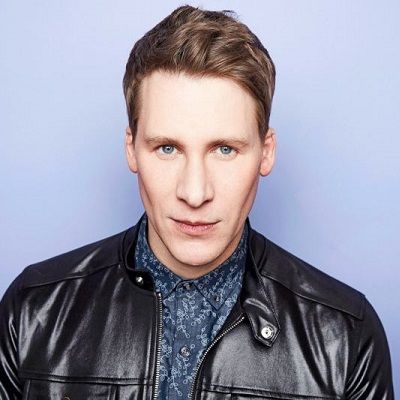 I try not to consider casting when I'm writing - especially a biopic like this, when I don't have the opportunity to meet the real guy. It's enough work to try and figure out who he was and get a handle on how he might've been, how he might've talked, the things he might have been thinking, his behavior - you know, all that's tough enough.

Who is Dustin Lance Black?

Dustin Lance Black is a director, film, television producer, and LGBT rights activist. Similarly, he is known for winning a Writers Guild of American Award and an Academy Award for the 2008 film Milk.

He was the top entry on a list of openly gay influential people in The Advocate’s “Forty under 40” issue of June/July 2009.

He was born on 10th June 1974 in Sacramento Country, California, U.S. He is the son of Jeff Bisch and Roseanna Bisch. Similarly, he has two brothers Marcus and Todd.

His mother married Merrill Durant Black in 1981 so he and his brothers were adopted by his stepfather.

Furthermore, his nationality is American and his ethnicity is unknown.

Talking about his education, he went to North Salinas High School. Similarly, after graduating from high school, he enrolled at the University of California, Los Angeles, School of Theater, Film, and Television (UCLA).

He graduated from the university with honors in the year 1996.

In the year 2000, Dustin Lance Black wrote and directed The Journey of Jared Price. It is a gay romance film, and Something Close to Heaven, a gay coming-of-age short film. Similarly, in the year 2001, he directed and was a subject in the documentary On the Bus about a Nevada road trip and adventure at Burning Man taken by six gay men.

Similarly, his film Pedro is profiling the life of AIDS activist and reality television personality Pedro Zamora. Likewise, it premiered at the 2008 Toronto International Film Festival. On February 22, 2009, he won the Oscar for Best Original Screenplay for Milk at the 81st Academy Awards.

Likewise, on October 11, 2009, Dustin marched in the National Equality March and delivered a speech in front of the United States Capitol to an estimated crowd of 200,000 LGBT rights activists.

In the year 2010, he narrated 8 The Mormon Proposition. It is a documentary about the involvement of The Church of Jesus Christ of Latter-day Saints (LDS) in California’s Proposition 8. Similarly, he accepted the award for best documentary for 8: The Mormon Proposition at the GLAAD Media Awards in San Francisco and spoke out on discrimination in the LDS Church. Also, meeting with the church to make it more LGBT-inclusive.

Furthermore, he wrote the screenplay for J Edgar, a biographical drama released on November 11, 2011, directed by Clint Eastwood and starring Leonardo DiCaprio.

He won Cinema for Peace Award for Most Valuable Movie of The Year in 2009. Similarly, he won UCLA’s Distinguished Achievement in Screenwriting Award and Distinguished Service to the LGBT Community by a UCLA Alumnus Award.

As of 2022, the estimated net worth of Dustin is around $6 million. He might earn a huge amount of money from his career. But, he has not disclosed his income and salary.

He and Tom Daley face a furious backlash after posting a photo of their baby son seemingly for financial gain.

Talking about Dustin Lance Black’s body measurements, he has a height of 5 feet and 10 inches and his weight is 68 kg. Furthermore, his hair color is blonde and his eyes color is blue.