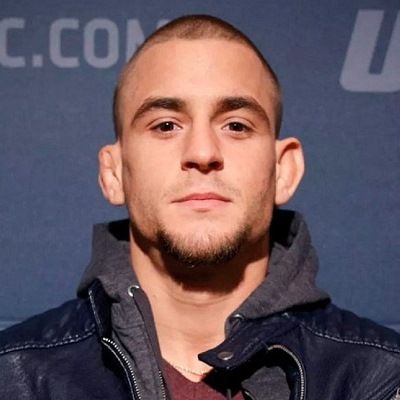 Every day I wake up and go to sleep, I'm thinking about beating Cub Swanson

We fall, but we get up because the ground is no place for a champion.

You can go out and get anything you want if you work hard enough for it and believe in yourself.

Fighting has opened the path to redemption for me.

What is the relationship of Dustin Poirier?

Dustin Poirier is married to his long term girlfriend Jolie Poirier since September 4, 2009.

Dustin and Jolie met as teenagers and dated for 14 years. They welcomed their first child in 2016.

Who is Dustin Poirier?

Currently, he is signed with the Ultimate Fighting Championship and has also competed in the WEC.

Dustin Poirier was born as Dustin Glenn Poirier on January 19, 1989, in Lafayette, Louisiana, the United States. He is a Capricorn and has French-American ethnicity.

Dustin Poirier compiled a record of 7-0, competing mostly in regional promotions across his native Louisiana and the Southern United States. He defeated Daniel Watts on October 31, 2009.

WEC merged with the UFC. Dustin failed with a unanimous decision to Danny Castillo in his WEC debut on August 18, 2010.

Poirier defeated Zach Micklewright via the first-round TKO on November 11, 2010.

He faced Erik Koch on February 4, 2012, at UFC 143 and Chan Sung Jung on May 15, 2012, in the main event at UFC on Fuel TV: Korean Zombie vs. Poirier. Moreover, both participants were announced Fight of the Night honors.

Dustin faced Cub Swanson in the co-main event on February 16, 2013, at UFC on Fuel TV: Barao vs. McDonald. Poirier lost the fight via unanimous decision.

He defeated Jonathan Brookins on December 15, 2012, at The Ultimate Fighter 16 Finale via D’arce Choke.

How much is the net worth of Dustin Poirier?

Also get to know more about Ronda Rousey, Walt Harris, and Bobby Lashley.