Skip to content
Married Biography
Married Biography / Entertainment / Dwayne Johnson pause his career to console his wife Lauren Hashian, You will not miss to read their amazing relationship 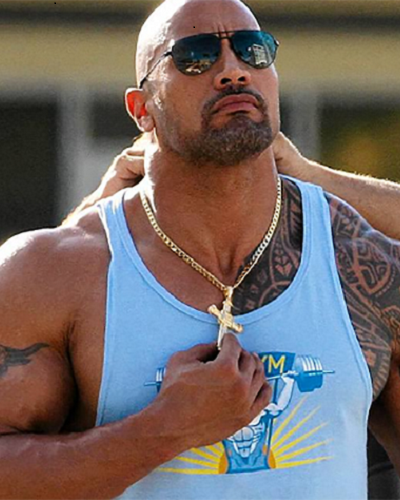 When you hear the word “The Rock”, then only one name will hit your mind. People know this star by his ring name.

In addition to his career, he is a professional wrestler including a title producer, actor, and singer. It wouldn’t be wrong if we call this person a man of many talents.

Till now, I think you have already guessed. Yes! It is all about the famous personality of Dwayne Johnson.

Dwayne, being a famous person knows very properly to handle his professional life and personal life in a balanced manner. He recently, took a break from his work to console his wife Lauren Hashian in her hard times.

She recently lost her father and is going through a hard time. So, Dwayne planned to stay with his wife. Isn’t it so adorable? Scroll to read the full story.

The Rock, Dwayne Johnson was previously married to Dany Garcia. But the couple parted their ways in 2007 after a 10-year-long marriage.

The couple seems happy and so much in love. Although Dwayne and Dany are divorced they share a healthy friendship. They remained business partners of a production house.

They together have a daughter named Simone Alexandra, who stepped into the world on August 14, 2001.

Dwayne Johnson and Lauren Hashian started dating each other just after the divorce of Johnson from his first wife. Dwayne and Lauren wed in 2007.

They share a happy and happening marital life. They together have a daughter Jasmine, born in December 2015.

Looking back at their past, they first met while Johnson was filming The Game Plan in 2006. There was a rumor that Dwayne’s divorce with Dany was because of Lauren. Yet, neither of them have opened much about the matter.

‘The Rock’ pauses his work to console his wife Lauren Hashian

The man with big muscles has a big heart too. He probably knows how to handle his marital life. His wife Lauren Hashian is going through a difficult situation as she lost her father Sib Hashian. Dwayne took a break from his work to be with his wife as she is in grief.

Dwayne called his wife’s father ‘second dad’. After the death of Sib Hashian, he shared a picture with a caption:

“Rest In Peace & Love to my second dad Sib Hashian. Don’t know why things have to happen the way they do sometimes. When loved ones leave us so suddenly without having a chance to say goodbye.”

Dwayne Johnson is an American actor, producer, singer, and professional wrestler. He is very famous for his nickname ‘The Rock’. Dwayne has mainstream fame in the world of wrestling. He was the major figure in the company’s Attitude Era, Dwayne was also the first third-generation wrestler in the company’s history.

He has been listed as one of the all-time greatest professional wrestlers. Dwayne holds the record for the Raw shows’ main event in a year. His roles are highly appreciated in each movie that he plays including ‘Fast and the Furious Series’. More bio…