Posted by MarriedBiography Posted on September 5, 2020 | In Child , Health , Married
Share this 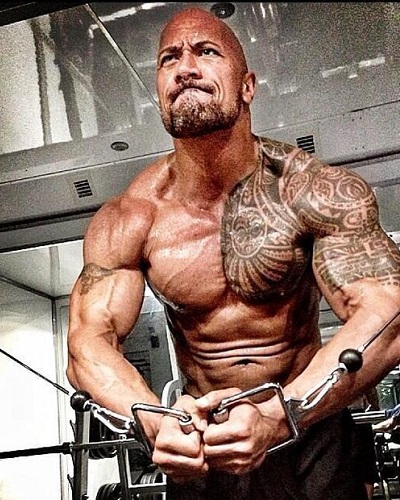 Many Hollywood celebrities are testing positive for COVID-19 lately. Dwayne Johnson and family have joined the list now. The American actor revealed he, his wife, and his two daughters have tested positive. Praying for the quick recovery of the family!

The American actor recently opened up about his and his family’s health on the IGTV. He first started urging his fans and followers to stay safe. He then revealed he along with his wife and children tested positive for the COVID. The actor gave an update saying they are doing better after a few hard weeks.

Furthermore, on the IGTV video after confirming the COVID news, he went to share a little helpful update for his fans. He mentioned:

“I wanted to give you guys a little helpful update on things that have been going on on my end for the past two-and-a-half to three weeks now,”

Stay disciplined. Boost your immune system. Commit to wellness. Wear your mask. Protect your family. Be strict about having people over your house or gatherings. Stay positive. And care for your fellow human beings. Stay healthy, my friends. DJ 🖤 #controlthecontrollables

In addition, he further went to inform his audience that he got the virus from one of their family friends. The actor said when his entire family tested positive, it hit hard to him. Followingly, he then gave a good update that the couple and daughters are on the good side. The family is no longer contagious and are healthy.

Happy married life of Johnson and his wife

After the divorce of Johnson’s divorce with his first wife, he started dating Lauren Hashian in 2019. He confirmed they tied the knot on August 18, 2019, in Hawaii through the Instagram post. They first met in the set of his movie The Game Plan. At the time, he was still married to his first wife Dany Garcia.

They immediately moved in together after they started dating. However, they took a while before making the red-carpet debut in 2013. The couple walked the red carpet for the G.I. Joe: Retaliation Los Angeles almost after 7 years into their relationship.

You may also read- Anti-vaccination movement could hamper COVID-19 vaccine acceptability in the masses!

Dwayne Johnson is an American,  actor, producer, singer, and professional wrestle. He is famous for this nickname  THE ROCK. Dwayne has mainstream fame in the world of wrestling. He was a major figure of the company’s Attitude Era, Dwayne was also the first third-generation wrestler in the company history. He had been listed as one of the all-time greatest professional wrestlers.

Dwaynehold the record of the raw show main event ina year. His roles are highly appreciated in each movie that he plays including the Fast and Furious Series. See more bio

You may also read- ‘Instant Coffee COVID-19 tests’ would fare better to control the current pandemic?