Dwight Yoakam is a Warner Records Recording Artist. Dwight is married to his wife.

Dwight Yoakam has been in relationships and dated many famous actresses like Bridget Fonda, Karen Duffyharon Stone, and Wynonna Judd.

He began dating photographer Emily Joyce in 2011 and they became engaged in 2012. Recently in March 2020, due to the Coronavirus pandemic, this couple exchanged vows in a small function.

There was less than 10 guest who has attended the wedding and they all were standing 6 ft apart from each other. 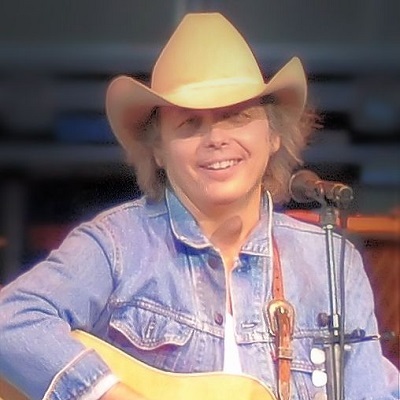 My music is very personal. I've created it in solitude. I face a white wall and beller. I like that sound - the expression of loneliness. That's what it's all about.

A voice expressing emotion in a musical way moves on. It's like the finale of the movie 2001: A Space Odyssey (1968) - the world turns in on itself, as a universe unto itself, in the shape of one human being.

Who is Dwight Yoakam?

Dwight Yoakam is a popular American singer, songwriter, musician, and actor who is known for his singing styles. He has already recorded more than 20 albums and compilations throughout his singing and music career.

He is also the most frequent musical guest in the history of The Tonight Show.

Yoakam was born in Pikeville, Kentucky, the United States on October 23, 1956, but was grown up in Columbus, Ohio.

Dwight is the son of Ruth Ann and David Yoakam who are a keypunch operators and a gas station owners respectively.

He grew up with his siblings which include Kimberly Yoakam and Ronald Yoakam. They belong to Caucasian-American. His birth sign is Libra.

He completed his schooling at Northland High school. After completing his schooling, he attended Ohio State University but he dropped out later from Ohio University and moved to Los Angeles to fulfill his dreams as a Recording Artist.

Dwight Yoakam was interested in music and drama from a very young age. He used to perform in school plays in a lead role.

He used to play guitar and sing a song with the garage band from where he gained many experiences in the music sector.

Dwight started his career in 1986 when he released his debut studio album” Guitars, Cadillacs, Etc.” which was hit with three of its songs that stood on the top 40 of the Hot country singles chart of the year.

His popularity grew more and more as he released his albums. He released five albums under 7 years which all went popular in the music industry.

His albums include ‘Hillbilly Deluxe’, ‘Buenas Noches from a Lonely Room’, ‘If There Was a Way’, and ‘This Time’ which are famous.

Dwight made his debut in a film career with a simple role as a truck driver in the film” Red Rock West” in 1992.

After that, he played an important role in the American drama film ‘Sling Blade’ which won the Oscar Award.

Due to the progress of his movie career, his popularity increased which afterward led him to work as a lead actor, director as well as co-writer.

He was involved in many TV movies such as ‘Don’t look back’,’ When Trumpets Fade’, and many TV series and dramas.

Dwight has always been nominated for the Grammys multiple times throughout his career and won two of them. He won his first Grammy award in 1994 for ‘Best Country Vocal Performance’ for his song ‘Ain’t That Lonely Yet’ and second for ‘Best Country with Vocals’ in 1999.

There are many awards won by him which include the ‘Academy of Country Music Award’ in 1986 and the ‘CMT Europe Artist of the Year Award in 1993. He was also awarded an honorary doctorate by Ohio Valley University in 2005.

There was a rumor among the media that Dwight is gay and the rumors were spread all among the cities.

Dwight Yoakam stands at a height of 6 ft, and their weight of Dwight is around 80 kg.

He is a tall and well-maintained person who has a good personality. He has got green eyes with dark brown hair.

He is famous and actively involved in social media and has a YouTube channel.

Dwight Yoakam and Emily Joyce married on ongoing Coronavirus pandemic! When they got engaged?