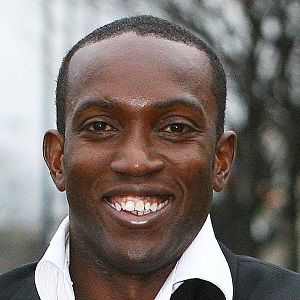 Dwight is currently single and doesn’t engage in any relationship.

Dwight Yorke has been in relationships with the Page 3 model, Katie Price. They were together from 2001 but got separated in 2002. They also had a son, Harvey Price, who is blind and autistic. He also has the relationship with Louise Brady in 1998.

Dwight Yorke has had the relationship with Alicia Douvall in 2001, Stacey Winfield in 1999. Likewise Tracy Shaw in 1999, and also with Imogen Thomas and Nancy Brown.

Dwight Yorke is rumored to have hooked up with Gabrielle Richens in 1999.

Who is Dwight Yorke?

Dwight Yorke is one of the popular Tobagonian former football players. He is forward and midfielder player known as the Smiling Assassin. The player is popular for his ability that he scores from almost anywhere. all while maintaining his trademark smile. He played for the Trinidad and Tobago national team from 1989 to 2009.

Dwight was born on November 3, 1971, in Canaan, Tobago.  His father’s name is Fulton Yorke. Dwight mother’s name is Grace Alberta, Joseph Yorke. He has another various sibling in his family. He has five brothers including, Garth Yorke, Clint Yorke, Keith Yorke, Gary Yorke and Brent Yorke. Likewise, he has sister Verlaine Yorke, Juliet Yorke and Deborah Yorke.

Much information about education history is unknown.

Throughout his club career, he has played for mainly six clubs. The player’s clubs include Aston Villa, Manchester United, Blackburn Rovers, Birmingham City, Sydney, and Sunderland.

Dwight Yorke currently is the retired football player. He was retired from Trinidad and Tobago. Dwight was discovered and known by Aston Villa manager Graham Taylor in 1989. The player performs the trial at Villa and was offered a contract. Then he started to debut to play. He came on 24 March 1990 in a 0-1 loss against Crystal Palace. He plays for nine years with Villa. In August 1998, The player moves to Manchester United for £12.6 million. His started to play and his first season with the club was prolific. There he proved himself as a key player winning Manchester United the Premier League title, FA Cup, and UEFA Champions League. Yorke plays for MU club for three years. Throughout his career with MU, they claimed three Premier League titles. Dwight was able to make 188 appearances and scored 64 goals in all competitions.

After that, he leaves MU and joins Blackburn Rovers. Between 2002 and 2004 he played in that club. Again then in 2004/05 he played for Birmingham City and joined Sydney FC playing in Australian A-League. He helped them to win A-League title as he scored 7 goals in 21 matches he played for the team. In 2006 Yorke signed for Sunderland and played for them until his retirement in 2009. He plays outstanding and analyzing his skills he was called up to play for the Trinidad and Tobago national team. He joins and played there from 1989 to 2009. Throughout his career with Trinidad and Tobago, he was able to make 72 official appearances for the national squad and scored 26 goals. He gets his retirement now and after the retirement, he starts to study to get coaching license Level B. Then he worked as the pundit.

Yorke has also released his autobiography, “Born To Score“, in 2009.

He has personally not received any awards. But with the team, they have received and win various title and trophies.

Dwight Yorke: Salary and Net Worth

Tobago was the former professional soccer player who has a net worth of $25 million.

Dwight doesn’t have many rumors and seems to have good professional and personal life. Once rumors were spread that he is selling his Cheshire mansion for £2.25million.

As Dwight is the professional player he has physically good body weighing 75 kg. He stands tall with the height of 5 feet 10 inches. He has black colored hair and black colored eyes.

Dwight doesn’t seem to connect with social media. He doesn’t have his account on social media but there are other fanmade accounts.

Also get to know about one of the popular American professional football player and Patriots captain, Devin McCourty.