Posted by MarriedBiography Posted on December 24, 2020 | In Divorce , Relationship
Share this

Elena Samodanova has filed for divorce in Los Angeles from her husband Gleb Savchenko for 14 years. She filed for a divorce just a month after announcing her split with Gleb accusing him of cheating multiple times during their relationship.

But Gleb has denied all the cheating accusations and said,

“The thing is, I’ve never actually cheated on her. Never, ever, ever. All of those partners that I danced with, it might have looked on TV like [it was something more], but it never was the case.”

Elena and Gleb were living separately since July 2020 after trying to make things work. Gleb revealed that Elena threatened him to take away their daughters and ruin his career. Similarly, Gleb said,

“Elena told me, ‘After this divorce, I’m gonna skin you. I’m gonna take everything you have, even your kids, and make you walk back to Russia where you come from.’ Those were her exact words,”

Who is the new girl of Gleb?

Gleb Savchenko is already seen with a new girl after his recent split from his wife Elena Savchenko. He was seen vacationing in Cancun, Mexico with Cassie Scerbo. Likewise, he was on a double date with the Dancing with the Stars partner Chrishell Stause and her boyfriend Keo Motsepe.

In the 23rd season of the show, “Dancing with the Stars”, he finished 4th with partner actress/singer, Jana Kramer. Read more bio…

Insight on the married life of Dawn Barlow and Gary Barlow! How did they meet? Know about her children, net worth, biography
Tags : dancer Dancing with the Stars 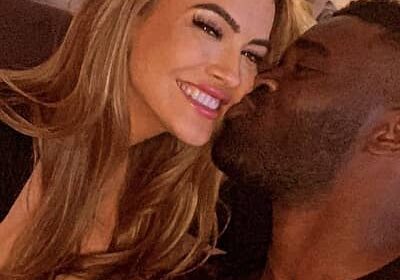