Dwyane Wade is a basketball player who is with the Chicago Bulls of the NBA.

Dwyane Wade met Siohvaughn Wade back in his high school days at Harold L. Richards High School and began dating her in 1992.

After 9 years in a relationship, the couple engaged in June 2001 and married over a half-year later in February 2002.

Dwyane and Siohvaughn had a really tough marriage and decided to separate in November 2007. After almost 3 years since they parted ways on June 25, 2010, they officially divorced.

Together the ex-couple have two sons Zaire Blessing Dwyane (born on February 2002) and Zion Malachi Airamis (born on May 29, 2007).

Dwyane was in a brief relationship with the singer Kelly Rowland in 2007. Wade had an encounter with Aja Metoyer with whom he has a son Xavier Zachariah Wade (born on November 10, 2013). Wade commenced dating the actress Gabrielle Union.

Their romance went through a short break in 2011 because of Gabrielle’s acting career which led to an affair between her boyfriend Dwyane and Aja Metoyer. However, Union later admitted that it was her fault for putting her career over her relationship with D-Wade.

The couple reunited briefly after the affair of Dwyane and engaged 2 years after on December 21, 2013. On August 30, 2014, Dwyane and Gabrielle crowned their relationship with a marriage in a ceremony held in Miami, Florida.

The couple has a child together, a daughter Kaavia James Union Wade who was born via surrogacy on November 7, 2018. 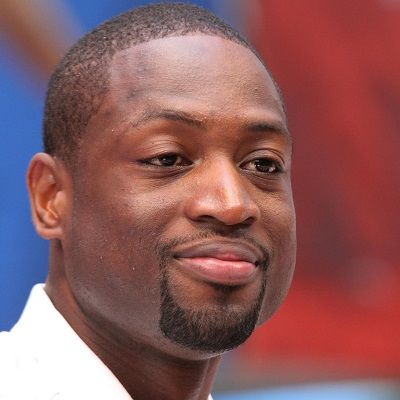 He was kind of like a point guard. He was passing a lot. He's smooth - like he talks, like he walks. He didn't shoot too much, but I passed it to him, and he hit the game-winning goal. That was cool.

Who is Dwyane Wade?

Dwyane Wade is an American star basketball player who played for the Chicago Bulls of NBA (National Basketball Association).

He started his professional career playing for Miami Heat after getting drafted in 2003 and was named in the All*Rookie team in the very first season.

From being one of the most well-known basketball players in the world, Wade has been through a tough and long journey.

Whereas, in several interviews, Wade has said that he led a very estranged childhood and his neighborhood was more of a crime ghetto than a habitable place.

Unfortunately, his parents also broke up while Wade was a baby of 4 months. His grandmother and elder sister looked after him posts the separation of his parents.

Talking about Dwyane’s education history, he attended Harold L. Richards High School. Then he attended the University of Marquette.

Talking about his profession, Football and Basketball became his escapade from the nasty world around him.

Then, Dwyane Wade became attracted to basketball and played for the school team as a wide receiver. He was the best defense for his team and also scored well in many of the matches, making him one of the star players on the team.

Wade started living with his then-girlfriend’s family, and during that hard time too, Wade’s focus remained on his game. Wade started as a broadcast manager and played three seasons for his team, the Golden Eagles.

His low ACT scores halted him from playing for the most part during his first year at college in 2000 but even then, he wasn’t away from the game and advised his team on scoring and defenses.

When he realized his errors in ignoring academics, he worked further hard in studies and scored good marks in class, making his way to play for his team in the second year.

In the second season playing for his team, Wade showed his worth and averaged 17.8 points per game. Along with setting up the sophomore record for most points in a year by scoring 571 points that year, in the 9 games alone, he scored more than 20 points.

He immediately became the best player for his team. He helped his team win the Conference USA and in the NCAA tournament, he led his team to the final four, for the first time in more than 20 years.

It was a magnificent feat coming from a rookie player and Heat set their hopes high on this youngster. By the end of the season, Wade was named one of the members of the NBA All-Rookie first team.

In the next season, Wade’s performance bettered and he scored 24.1 points per game on average. Wade scored 1854 points for Miami Heat by the time the year ended and became the first Heat player ever to do so.

His time with Miami Heat was turning bitter, as he struggled with hamstring and other health issues so he decided to go with Chicago Bulls in a two-year contract and made the first appearance playing for the Bulls in the 2016-17 season.

His performance was average during the first season. He suffered an elbow injury in March 2017 but later made a comeback in April.

He has an estimated net worth of around $120 million (as per 2020 data) and he has earned that sum of money from his professional career.

There was a rumor that Dwyane was in a relationship with Vanessa Simmons. Currently, he is far from rumors and controversies.

Dwyane Wade has a height of 6 feet 4 inches. Additionally, he weighs is 100Kg. In addition, his chest, waist, biceps size are 48-36-15 inches respectively.