Dylan Baker is an American actor. He is married and the father of one. 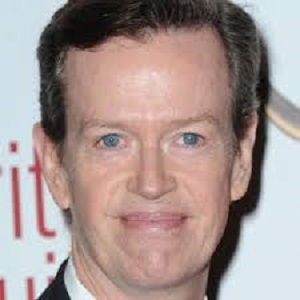 they just think to give it a chance. That can be the beginning of a long friendship.

I find I go in airports anywhere in the country, and someone's always coming up to me and saying 'Hey, you're at my country club in Dubuque, right?' You know, because they kind of know my face, but they don't know why.

What is the relationship of Dylan Baker?

Dylan Baker married actress Becky Ann Baker in 1990. She is famous for her starring role of Jean Weir on the Freaks and Geeks.

The couple has welcomed a child, Willa Baker, who was born as Marion T. Baker in 1993.

Who is Dylan Baker?

Dylan Baker is an American actor who is famous for his roles in the television series ‘The Good Wife’ and in the film ‘Happiness’.

He was nominated for the Primetime Emmy Award nomination for his performance in ‘The Good Wife’.

He was born on October 7, 1959, in Syracuse, New York, USA, and is currently 60 years old. He was raised in Lynchburg, Virginia.

His father’s name is Raymond Baker and his mother’s name is Marion T. Baker. He debuted his acting career as a teenager in regional theatre productions.

He has not provided information regarding his parents, siblings, and his childhood. Dylan holds American citizenship but his ethnicity is unknown.

He studied at Holy Cross Regional Catholic School. Later, he joined Darlington School and attended the Georgetown Preparatory School from which he graduated in 1976.

Later, he joined the College of William and Mary in Virginia, and in 1980, he graduated from Southern Methodist University. He studied alongside Chris Noth and Patricia Clarkson in the Yale School of Drama where he received a Masters in Fine Arts.

Dylan Baker debuted his career from television roles. He portrayed the role of Kevin O’Donnell from the television movie ‘A Case of Deadly Force’ in 1986. His theatre credits include ‘Eastern Standard’, ‘La Bête’, ‘Mauritius’, and ‘God of Carnage’, ‘Not About Heroes’.

He debuted his film career from the movie ‘Planes, Trains & Automobiles’ in 1987. He played his first recurring role in the television series ‘Murder One’ as Det. Arthur Polson from 1995 to 1996. He played in 18 episodes of the series.

Then, he appeared in TV series such as ‘Northern Exposure’, ‘Law & Order’, ‘Law & Order: Criminal Intent’, ‘Without a Trace’, ‘CSI: Crime Scene Investigation’, ‘The West Wing’, and the short-lived sitcom ‘The Pitts’.

He made himself recognized from his performance as a tormented pedophile in Todd Solondz’s ‘Happiness’ in 1998. He portrayed the role of Alexander Rance in ‘Road to Perdition’ in 2002, played as John Trimble in the 2007 series ‘Drive’, William Cross in NBC’s ‘Kings’ in 2009.

As of 2022, he has an estimated net worth of $3 million and he has accumulated that sum of money from his film and television roles.

He once tried to save the life of his neighbor, who is an actress, and dancer, Vivien Eng by profession. Her apartment caught fire but he could not go inside and driven back by smoke and fire.

Firefighters got her out and rushed her to the hospital. She was seriously injured and she succumbed to them two days later.

Dylan Baker has a height of 6 ft. but the information about his weight, chest, biceps, etc. is unknown. He has got light brown hair and blue eyes.

To know more about Laura Wright, Gladys Knight, and Pamela Reed, please click on the link.