Is Dylan Brosnan dating a painter?

He was first seen treating his pretty girlfriend on Valentine’s Day 2017 date at Giorgio Baldi in Santa Monica, California.

Even, he posts along with her on Instagram. They do not have plans for marriage and kids as of 2022. 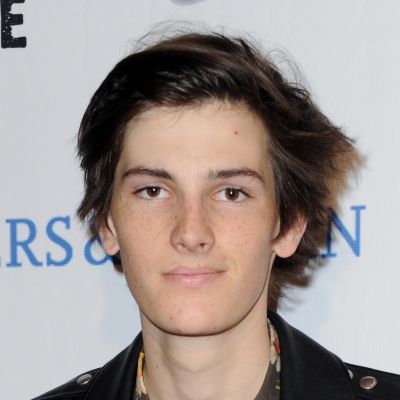 Who is Dylan Brosnan?

Dylan Brosnan is an American model and singer who is famous as the son of Pierce Brosnan. He made his runway debut during Men’s Fashion Week in Paris in 2015.

Dylan Brosnan is the lead singer of the rock band Raspberry Blonde and his genre is psychedelic rock. Its soundtrack Belong is available on SoundCloud.

He was born on born January 13, 1997, in Los Angeles, California under the birth sign Capricorn. The 24-year-old fashion model, singer, actor, and producer belongs to mixed ethnicity (Irish and Caucasian).

Introducing his family, father Pierce Brosnan is an Irish actor, producer, and activist. His father is famous for playing James Bond from 1994 to 2005. Dylan Brosnan mother, Keely Shaye Brosnan is an American journalist.

His elder sister Charlotte however passed away on June 28, 2013, due to ovarian cancer. His father’s former wife Cassandra passed away in 1991 thus, his father married his mother in 2001.

Dylan Brosnan studied at the USC School of Cinematic Arts and has sound knowledge in cinematography.

To begin with his career, he started modeling for Saint Laurent in 2014 and in 2015. He was first selected by Burberry’s former creative director Hedi Slimane on the beach in Malibu as a fashion model.

Dylan Brosnan was a composer in the 2015 short thriller film Out of Reach. Later, he has worked as a production assistant in the 2017 film Poisoning Paradise, which was directed and produced by his parents.

He portrayed the role of Ryan in the 2019 short film Iconic. Also, he has been seen at the 2019 comedy-drama Once Upon a Time in Hollywood film premiere at the TCL Chinese Theatre in Los Angeles.

Before that, he served as the director of photography for 2018’s The Young Motivators Club and worked as a Burberry fashion model, and graced the cover of Elle Russia.

From the band Raspberry Blonde, he has given five tracks Fluorescence, Girls, Izzy, Let It Ride, and Belong.

Dylan Brosnan has accompassed riches in millions (estimated $1.5 million). However, his exact salary in figures is under review.

His father, Pierce Brosnan has a net worth of around $200 million as of 2022. He lives a lavish life with his handsome paycheque.

He has managed to keep himself out of the controversies to date but his father Pierce Brosnan was dragged into a controversy. There has been unauthorized and deceptive use of his image for the chewing gum advertisement that contained tobacco that targeted Indians. Thus, he had to apologize to the Indian people.

Dylan Brosnan stands 5 feet and 5 inches tall and weighs around 70 kg. His shoe size is 10 (US) but his biceps size, chest-waist-hip measurement, and dress size are unknown. He has a fair body complexion that features his brown hair and brown eyes.