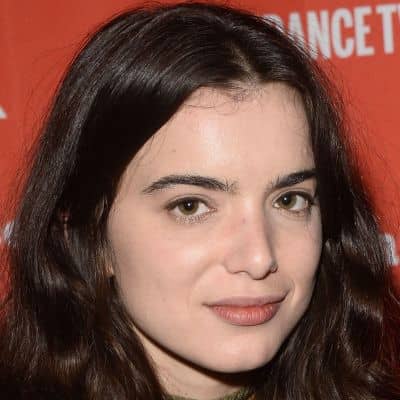 Who is Dylan Gelula Dating?

Dylan Gelula is single and is not dating as per the sources.

There is no detailed info about her love life and relationship. She has maintained her life very private.

Dylan Gelula is a famous American actress and model. She is best known for appearing as Xanthippe Lannister Voorhees in the Netflix comedy series, Unbreakable Kimmy Schmidt.

She has appeared in Chasing Life and Jennifer Falls.

Dylan Gelula was born in Philadelphia, Pennsylvania, the United States on May 7, 1994. Gelula is 27 years old as of 2022 and her ethnicity is Caucasian. She maintains an American nationality and her birth zodiac sign is Gemini.

Jonathan Gelula is her father, an entrepreneur who possessed and operated a wine business whereas Karen Gelula is her mother, a public prosecutor. She was brought up with her brother named, Max Gelula.

Dylan attended Lower Merion High School in Ardmore, Pennsylvania, and recalls spending a very isolated life in school. At the age of 17, she dropped out and went to Los Angeles.

Dylan Gelula was pursued her acting career while she was 10 years old in the movie, Lady in the Water by M.Night Shyamalan. Then, she moved to Los Angeles and auditioned for the role of Jean Fordham in the theater drama August: Osage County.

Terry Nolen is the director of the play. She served as a waitress at a high-end restaurant located in Santa Monica while she was 17. Later she was fired from the job in a short period of time.

She worked in the resale store at Wasteland. She made guest appearances on NCIS: Naval Criminal Investigative Service, Law, and Order: Special Victims Unit and Are We There Yet? She was cast in the Jennifer Falls as Gretchen Doyle, Chasing Life as Ford, and Unbreakable Kimmy Schmidt as Xanthippe.

During the early audition of the Unbreakable Kimmy Schmidt for the part of Xanthippe, she auditioned by sending her tape recorder as she was in Los Angeles while the movie casting was in New York City.

After one month, she got a call from the crew of the series and was invited for the cast. The series continued from 2015 to 2020.

Dylan Gelula debuted as the lead actress in the romantic drama movie, First Girl I Loved. Kerem Sanga is the director of the movie. In the 2016, Sundance Film Festival, the movie was launched and earned the audience award for Best Of NEXT.

The net worth of Dylan Gelula is estimated to be between 1 to 5 million USD. There is info about her salary and income to the media yet.

Dylan Gelula has maintained a very clean profile so, she is not involved in any rumors and controversies up to date.

Dylan Gelula has a slim body standing at the height of 5 feet 6 inches weighing around 55 Kg. Her body measurements are 32 inches in bust size, 24 inches in waist size, and 34 inches in hip size.

Similarly, she has an impressive personality. With a fair complexion, she has a couple of brown colored eyes with dark brown color hair.

Being an actress and model, she keeps dyeing her hair into different colors.

Dylan Gelula is a socialite as well who is highly active on social medial platforms with a huge fan following. She has a verified Instagram account @dylangelula  with more than 36.7K followers.

She is also available on Twitter having about 57.8K followers while there is an official Facebook page under her name, Dylan Gelula which has garnered around 1K followers.