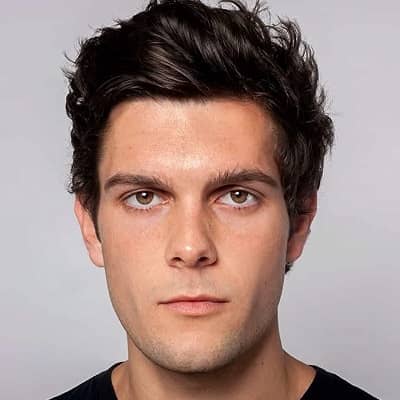 The charismatic actor, Dylan McTee is presently single and is not dating anyone. Moreover, he has not married till now and does not have any child.

The star might have decided to hide his relationship detail from the media.

Who is Dylan McTee?

Dylan McTee is a well-renowned American actor as well as an entertainer. McTee is mostly recognized for “Roswell”, “New Mexico Work” where he performed Dylan’s part.

He will be featured in his next movie named the Wrong Turn and it will release in 2021.

Talking about his nationality, he holds American citizenship whereas he is of mixed descent(Irish-Mexican-French).

Dylan has two brothers as well. He got support from his parents and as a result, he learned about films and novels from a very early age. Moreover, he also shined in reading, writing, and performing in local theatre.

His passion for acting was so high that McTee had to begged his parents to allow him to go after acting professionally. However, they persisted to complete his studies first. McTee earned his graduation degree from the University of Southern California’s School of Dramatic Arts.

Dylan McTee took a step in his acting career from one of his first auditions which was controversial series about sexual harassment on college, campuses, named Sweet/Vicious(2016). McTee performed an affable, mesmerizing character.

The role was later revealed in the season as a sociopathic rapist. Following his debut, he featured in the independent film named Midnighters (2017) from the Ramsay Brothers. Dylan then played in The Wind(2018), a western/horror film of Emma Tammi.

Additionally, McTee played Gideon Harper, a young colonist whose life falls apart soon after moving west with his wife. He also featured on the CW’s Roswell, New Mexico(2019) in the role of Wyatt Long.

His next movie will be the Wrong Turn and it is expected to be out in 2021.

The rising actor, Dylan earns fair money from his acting profession. He had a passion for acting from his childhood and he shows his capability in his acting skills.

It is estimated that Dylan has a net worth of nearly $1.3 million.

Nonetheless, his exact salary, earnings, and assets details are behind the curtains.

The handsome 28 years old actor has never been part of any controversies or rumors till now.

It seems that Dylan has managed his private and professional life well.

The handsome actor has got an athletic body structure and dashing looks. Dylan has an average height of 6feet. However, it is not his exact height.

Furthermore, he has got brown eyes as well as black hair color.

However, the star has not revealed his exact body measurement and other physical details till now.

Likewise, he has nearly 1k followers on Twitter as well. Going on, the star is active on Facebook as well but has fewer followers.

It seems that McTee is not a social media freak.