Dylan Meyer is an American writer and actress.

Dylan Meyer is currently in a relationship with Kristen Stewart. Kristen is an American actress and director.

The two first met on a movie set six years ago but lost contact. They showed up at a mutual friend’s birthday party.

Both of them are from LA and have similar interests. On The Howard Stern Show, Kristen revealed for the first time on a live show that she was in love with Dylan. Then just two weeks later, Kristen revealed her love for Dylan.

Likewise, they are serious about each another and have already talked about marriage. Kristen has also revealed that she wants to propose to Dylan and she has plans for it. 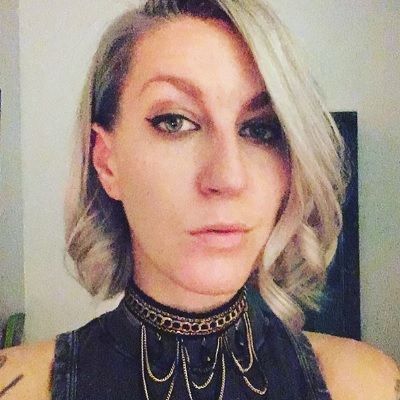 Who is Dylan Meyer?

Dylan Meyer is an American writer and actress. Dylan is known for her work in Miss 2059 and XOXO.

Recently in 2019, she directed and wrote a short comedy, Rock Bottom.

She has a sister Madeline Meyer. On 17th October 2018, Dylan shared a message on Madeline’s birthday.

Similarly, she worked on the TV series Miss 2059. It is a sci-fi story about a girl who accidentally finds herself battling a dangerous galactic tournament.

Her recent work as a screenwriter is the short film Rock Bottom, which was released in 2019 in April.

She has acted in many short films like The Death and Return of Superman (2011), Wrestling Isn’t Wrestling (2015), and Jem Reacts to the New Jem and the Holograms Trailer (2015).

She has donated for the Save the Children, US, during Jenia Gorton’s birthday fundraiser.

She is blonde with grey eyes. She is 5 feet 7 inches tall.

All about the engagement of to-be-married couple Dylan Meyer and Kristen Stewart!