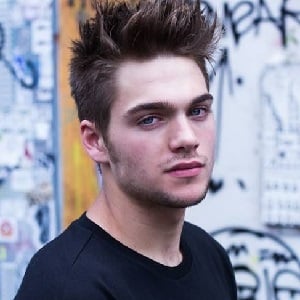 Dylan Sprayberry previously dated actress Joey King from February 2016 to June 2016. At present, he is believed to be single.

Who is Dylan Sprayberry?

Dylan Sprayberry is an American actor. People mostly know him for his role as Clark Kent in the 2013 film ‘Man of Steel.’ Additionally, he has also appeared in several other movies and television series including ‘Teen Wolf’, ‘Light as a Feather’, and ‘Cry of the Butterfly’ among others.

Sprayberry was born in Houston, Texas on July 7, 1998. He was born to parents Carl Sprayberry and Dana Sprayberry. Additionally, he has a sister named Ellery Sprayberry who is an actress. Dylan was exposed to the world of acting at an early age. He is of American nationality. Furthermore, he belongs to the mixed ethnic background of English, German, and Belgian.

Talking about his education, Sprayberry attended West University Elementary. In addition, he also attended the Brighton Hall in Los Angeles.

Sprayberry initially appeared in ‘The Sunday Man’ in 2007. Additionally, in the same year, he also appeared in the movie ‘My Father.’ In 2008, Dylan appeared as Matthew in the TV series ‘iCarly.’ He had roles in ‘MADtv’, ‘Soccer Mom’, ‘Criminal Minds’, and ‘Spaced’ in 2008. Since then, he has appeared in several other movies and television series. All in all, he has over 25 credits as an actor.

Some other movies and television series that Sprayberry has appeared in include ‘Light as a Feather’, ‘The Row’, ‘Teen Wolf’, ‘Left Behind: Vanished – Next Generation’, ‘Common Law’, ‘Glee’, ‘Shuffle’, ‘Bedrooms’, ‘The Three Gifts’, ‘Old Dogs’, ‘Reconciliation’, ‘Land of the Lost’, ‘State of the Union’, and ‘Chasing a Dream’ among others.

Sprayberry has garnered two Saturn Award nominations. He received the nomination in 2014 and 2016.

Sprayberry has not revealed his current salary. However, he has an estimated net worth of around $ 2 million at present.

There are several rumors which suggest that Dylan has previously dated French model, Estelle Yves, and actress Alisha Heng Gillies. At present, there are no rumors concerning Dylan’s life and career.

Talking about his body measurement, Sprayberry has a height of 5 feet 8 inches (1.73 m). Additionally, he weighs around 74 kg or 163 pounds. In addition, his hair color is dark brown and his eye color is blue.