Dylan Sprouse is an actor who is the twin brother of Cole Sprouse. He is married.

Dylan Sprouse is a married man. He has exchanged vows with Barbara Palvin in June 2019. They started to date each other in 2018.

Even he had rumored to have hooked up with Danielle Glasscock in 2008-2010. 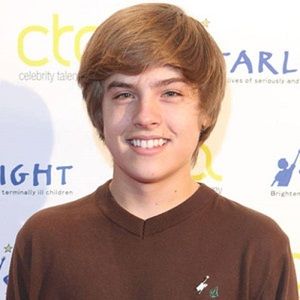 Yeah, it's fun being a twin. Even though we fight sometimes over little stuff we really do look out for each other. We're like best friends. We spend a lot of time doing fun things with our friends and family

The writers spent a lot of time getting to know us, so our characters are based on what we're like in real life. [The Suite Life of Zack and Cody's writers]

[about having a star on the Hollywood Walk of Fame] "It's something every actor wants to do. You want to have your name written on this earth for everybody to see. That's just something you want

Who is Dylan Sprouse?

Dylan Sprouse is an actor as well as the twin brother of Cole Sprouse.

His famous act was as Zack Martin on the Disney Channel series, The Suite Life of Zack & Cody, and its spin-off The Suite Life on Deck for which he has won Kids’ Choice Awards.

Dylan Sprouse was born on 4th August 1992 in Arezzo, Tuscany, Italy. He belongs of American nationality and his ethnicity is mixed(English, Danish, German, Scottish).

He is the son of father Matthew Sprouse and mother Melanie Wright. Both his parents worked as teachers at an English language school in Tuscany.

He was born 15 minutes before his younger twin brother Cole Sprouse. When they turned four, they had migrated to native Long Beach, California.

Talking about his education, he obtained a four-year degree in video game design from New York University’s Gallatin School of Individualized Study in 2011.

Dylan Sprouse started his career in 1993.

Regarding his salary, there is no information, and as of 2022, his net worth is estimated to be $18 million.

Recently, there were rumors that he cheated on his model girlfriend, Dayna Frazer.

He defended himself from the allegations that he cheated on his longtime girlfriend, Dayna which became a huge controversy on social media.

Moving towards his body measurements, Dylan Sprouse has a height of 5 feet 11 inches and weighs 72kg.

His hair color is blond and his eye color is green. His chest size is 38 inches, his biceps are 13 inches and his waist is 32 inches.