Wang He Di, popularly known as Dylan Wang is a well-recognized actor and model. 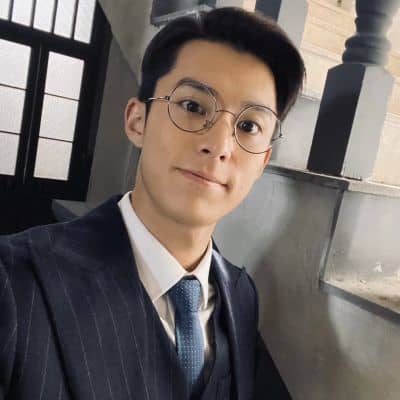 Talking about his love life, Dylan Wang is presently single and he is not dating anyone at the moment. The popular actor might be focused on shaping his career. Moreover, he has not shared any details about his personal life.

Wang is very private in nature and favors keeping his things away from the public and media.

Who is Dylan Wang?

Wang He Di, popularly known as Dylan Wang is a well-recognized Chinese actor and model. Wang is widely famed for his prime leading role as Daoming Si in the famous TV series Meteor Garden(2018).

Moreover, he won the award the Sichuan Campus Red Festival in 2016, and also he has won the title of Super Idol.

Dylan Wang was born on 20 December 1998. At present, his age is 22 years old. Likewise, his birthplace is Leshan, Sichuan, China. His Chinese traditional name is 王鶴棣

Not much known about his father and mother, Dylan has been secretive towards his family details. Moreover, he has no disclosed his siblings’ details as well in the public till now.

Talking about his nationality, Wang holds a Chinese identity whereas his ethnicity is Han Chinese.

Regarding education, the famed personality pursued his education at the Sichuan Southwest College of Civil Aviation and trained to become a flight attendant. He served as a 16th Level flight attendant before pursuing a career in modeling and acting.

Similarly, he was the poster model for admissions at the college. Wang was the professional image spokesperson for flight attendants well.

Professionally, Dylan started working by participating in the Sichuan Campus Red Festival and won the overall championship in the year 2016. The program was the reputed one sponsored by many universities. With this win, the actor began his acting journey. Wang performed in different commercials and won the singing competition in the same year

Following the year, Dyan took part in the Chinese variety show, Super Idol which was starred on the Youku network. The show was organized by television host and actor, He Jiong. Wang won the show as well. Additionally, in 2018, he was chosen to play the main role in the TV series, Meteor Garden.

The series is a remake of the Taiwanese series of the same name. It is a telecasted adaptation of the Japanese shojo manga series, Boys Over Flowers. Similarly, the series is broadcasted on the Hunan Television network. The leading actor portrayed the role of the protagonist, Dao Ming Si.

He gained popularity after portraying the role of Dao Ming Si. The series portrays the story of Dao Ming falling in love with the girl and the result that follows. Wang’s charming personality and excellent acting skills assisted him to play the role fabulously. With his role in the series, Wang was recognized as one of the greatest superstars.

Furthermore, he has also emerged in the women’s fashion magazine, Harper’s Bazaar China. Along with Wang other co-stars of the Meteor Garden series, Darren Chen, Connor Leong, and Caesar Wu also featured in the magazine.

In the year 2018, Wang has featured in many music videos such as Creating Memories, Never Would’ve Thought of, Don’t Even Have to Think About it. He also mentioned that he would join the cast of season two of the variety show, The Inn.

Handsome star, Wang has earned a handsome amount of money from his profession working as a singer, model, and actor. He has been active in his profession from the year 2016 till the present.

It is reported that Dylan Wang has an estimated net worth of 800,000 Chinese Yuan.

Dylan has never been part of any controversial matter or rumors till now. The actor, as well as model, Wang has preoccupied with his professional and private life.

It seems that Wang prefers enjoying his personal life and does not want to merge it with his professional life.

22 years old famous actor, Dylan Wang has dashing looks, a muscular and athletic body, and an admirable personality. He stands at a height of 6 feet Also, he has a balanced bodyweight of 79 kg.

Furthermore, Wang has dark brown eyes whereas his hair is black. His body measurement is 40-32-35 inches(chest-waist-hip) respectively.

Regarding his social media presence, Dylan Wang is an active personality on social media. Dylan has more than 2.7 million followers on his official Instagram account @dylan_wang_1220.

He is also active on Twitter with around 57.8k followers.

Moreover, Wang is also available on Facebook with nearly 2.1 million fans and supporters under the username @Dylan Wang 王鹤棣(Didi).