Who is E. Roger Mitchell's wife?

E. Roger Mitchell is possibly single and has not been dating anyone. He has not found the right partner to date and is possibly preferring other aspects of life than dating or relationships. Further, he seems to have no plans for marriage and children in 2022. 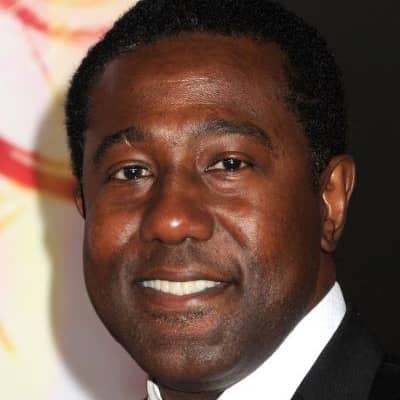 Who is E Roger Mitchell?

E. Roger Mitchell is an American actor who is currently spotlighted as Frank in the 2022 movie Super Turnt and detective in Our Kinds of People (2022).

Mitchell is popular for his critically acclaimed films like Chaff in Hunger Games: Catching Fire (2013), Detective Sergeant Morris in American Woman (2018), and The Black Phone(2021).

Roger Mitchell was born on February 18, 1971, in Miami, Florida under the birth sign Aquarius. The 51-year-old actor has All- American ethnicity and American nationality. Mitchell has not disclosed any information regarding his parents and siblings to the media yet.

Regarding education, he graduated with B.A.s in English and Drama from Claflin University in South Carolina in 1993. Meanwhile, in 1992 he was listed in the Who’s Who Among Americas Colleges and Universities.

He then enrolled at Alliance Theatre Professional Actor Internship before getting a Master of Fine Arts from City University of New York’s Brooklyn campus in 1999.

Mitchell first landed an acting career in 1997 with the role of Charlie in the film Raney. Next, he played Joseph in the comedy film How I Spent My Summer Vacation the same year.

Mitchell in 2000 featured as Aaron in the film The Legend of Bagger Vance, opposite Will Smith, Charlize Theron, and Matt Damon. Well, he got the role of Chaff in the 2013 film The Hunger Games: Catching Fire.

Further, he had made guest-starred on several television shows, including NCIS, House of Payne, Past Life, Nashville, Drop Dead Diva, The Rickey Smiley Show, Being Mary Jane, Survivor’s Remorse, and Powers.

The estimated net worth of actor E. Roger Mitchell is $1.5 million, which he garnered from his successful acting career. Meanwhile, the wiki of Roger’s salary, luxuries, cars, brands is missing.

E. Roger Mitchell has maintained a healthy distance from unnecessary rumors and controversies down the line.

E Roger Mitchell stands 5 feet and 8 inches tall with black hair, black eyes, and a brown skin complexion. Besides, the detail regarding his weight, chest-waist-hip size, bicep, dress, and shoe size are under review.