Eamonn Walker has been married to Sandra Walker. His wife Sandra is a British writer and novelist. There is no exact date but as per the sources, the couple has been living together for more than 3 decades.

He has three children, two of them are twins Jahdine Walker and Deke Walker whereas their third child’s name is not available in the media yet.

Walker is secretive about his private life and the family lives in their mansion in Los Angeles. 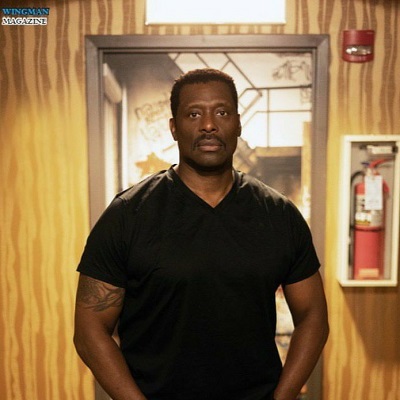 Who is Eamonn Walker?

Eamonn Walker is a popular actor in English TV, film, and stage.

He is known for performing Kareem Saïd in the HBO television series Oz, for which he achieved a CableACE Award and Battalion Chief Wallace Boden on Chicago Fire and other shows within the Chicago franchise.

Eamonn was born in London on June 12, 1962, in Islington, London. His zodiac sign is Gemini and belongs of both Grenadian and Trinidadian descent.

Walker’s father is a Grenadian and his mother is Trinidadian. Talking about his family, Eamonn has not revealed his family name in the media yet.

As a child, he spent more than 9 years in London where extremely got into the dancing passion. From a religious point of view, Walker is a Christian.

Moving into the educational background, Eamonn completed his high school at Hungerford School in London.

After finishing school, he wanted to make a great career in dance so he started taking dance classes during his teenage.

Walker made his professional acting debut on stage in 1983, when he played a punk rocker in the musical ‘Labelled with Love.’

For the next two years, he performed in a few more theatrical productions, before finally making his TV debut in 1985, with the series ‘Dempsey and Makepeace.’ He had a small role in the series.

In the next few years, he played major roles in three big films, ‘The Messenger,’ ‘Cadillac Records,’ and ‘Blood and Bone.’ He also played an episode-long role as a US Presidential candidate in the series Bonekickers.’

Following his success with the series ‘The Whole Truth’ and ‘Lights Out,’ he starred in the series ‘Chicago Fire,’ in 2012, as one of the leading characters, ‘Chief Wallace Bodden.’ The series became a critical and commercial success.

With time, Walker became significantly selective about his roles. He currently features in the stage production of ‘Between Riverside and Crazy’ by the ‘Steppenwolf Theatre Company.’

His major source of income is his acting career. However, Walker has not revealed his annual income and salary in the media yet.

As per the sources, he holds an estimated net worth of around $2 million.

However, there have been recent rumors about Walker wanting to quit the series, but there has been no confirmation about the same.

Talking about body measurement, Eamonn has a pretty well-shaped and well-maintained body. He stands tall with a height of around 6 feet and 1 inch.

Likewise, Walker has a fit body of weight 70 kg.

He has black eyes along with black hair which makes him amazing looks.