Earl Hindman was married to Molly McGreevey on May 21, 1976. He along with his wife acted on ‘Ryan’s Hope’. His wife later became an Episcopal priest. He was the father of two children but their names are not expressed. His wife also died on November 1, 2015, in Pittsford, New York, USA. 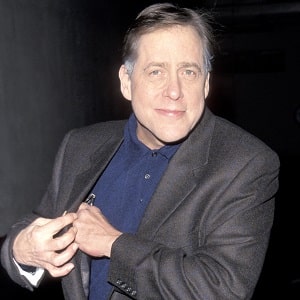 Who was Earl Hindman?

Earl Hindman was an American film and television actor and he was best known for his role as Wilson W. Wilson Jr. from 1991 to 1999 on the television sitcom ‘Home Improvement’.

He is also a voice actor and has given his voice in Disneyland Railroad in the year 2002.

He was diagnosed with lung cancer in 2003 and he died of the disease on December 29, 2003, in Stamford, Connecticut, and buried in Roxbury Cemetery. He died at the age of 61.

He was born on October 20, 1942, in Bisbee, Arizona, U.S.A. His birth name was Earl John Hindman and he had a birth sign, Libra. He is the son of Eula and Burl Latney Hindman. They both worked in the oil pipeline business. He was raised with his brother Ray and Sister, Anna Dean Shields. He held American citizenship but his ethnicity is unknown.

He completed his school level from his local school and attended the University of Arizona and studied acting.

Earl played as Bob Reid in ‘Ryan’s Hope’ which was his most famous and enduring role before ‘Home Improvement’. He played the role in 459 episodes from 1975 to 1989.

He had an estimated net worth of around $8 million as of 2022 and he earned that sum of money from his professional career.

He used to smoke a load which led to lung cancer and he ultimately died.

He had a height of 6 ft. 2 inches but his weight is unknown. He had green eyes and grey hair.