Updated On November 22, 2022 | Published By: Frank Ingram
Share this
In Relation 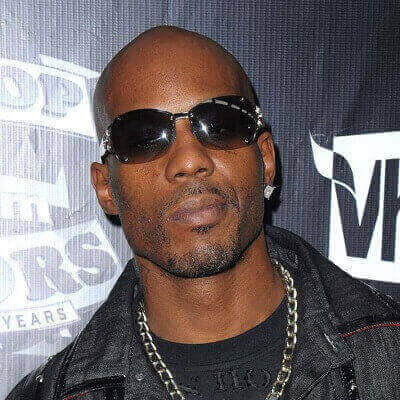 What is the relationship of Earl Simmons(DMX)?

DMX was engaged to Desiree Lindstrom before his death.

Also, he was previously married and is the father of fifteen children.

He was married to Tashera Simmons from 1999 to 2014. From their marriage, they have four children, Xavier, Tacoma, Sean, and Praise Mary Ella. The couple still remains close friends.

On August 16, 2016, his youngest child, Exodus Simmons, was born to his girlfriend, Desiree Lindstrom.

Despite his marriage, he had multiple extramarital affairs. DNA testing confirmed that he is the parent of at least two children; the first was born to Monique Wayne in 2004, and the second to an undisclosed woman in 2008.

Who is Earl Simmons?

Earl Simmons aka DMX was an American rapper and actor.

He released seven albums among which his debut album, ‘It’s Dark and Hell Is Hot’ and ‘…And Then There Was X’ are the most popular ones.

The rapper Simmons died on 9th April 2021 at the age of 50. The cause of his death is catastrophic cardiac arrest. He had a heart attack due to a drug overdose. Soon he was rushed to the hospital. However, he passed away at White Plains Hospital. He was survived by his family and friends.

Earl Simmons was born on December 18, 1970, in Baltimore, Maryland, the United States of America. He was born to his parents Arnett Simmons (father) and Joe Baker (mother). Both of his parents were teenagers when they became his parents. He spent his childhood days in Yonkers, New York.

After his birth, his mother cut off almost all contacts with his father’s family because she did not want his father to keep him as he was abusive.

His childhood was far from easy as he suffered from bronchial asthma. In addition to this, some drunk driver hit him while crossing the street. Moreover, he got beaten by his mother and her boyfriends losing his teeth and getting multiple bruises.

He spent his childhood days in a Children’s Home, a boy’s home, and in the streets where he had befriended stray dogs. His ethnicity is African-American.

Talking about his education, he was kicked out of school at the end of the fifth grade and did not really receive formal education after that.

Following the deaths of the legendary hip-hop artists, Tupac Shakur, and The Notorious B.I.G., DMX was the one who took over as the reigning king of hardcore rap.

Earl Simmons is the fifth Best-Selling Rap Artist of the Nielsen SoundScan era in America. He broke through the rap mainstream with his debut album, ‘It’s Dark, and Hell is Hot’ in 1998 which peaked at number one on the Billboard 200 chart and sold more than 5 million copies.

Following the success of his debut album, DMX released his second album, ‘Flesh of My Flesh, Blood of My Blood’ which also reached the list of Billboard 200 and made him the first rapper in history to have two albums in the same year debut at number one.

In 199, he released his third album titled, ‘And Then There was X’. It became his most commercially successful album and debuted at the top of the Billboard 200. The album has been certified six-times platinum and is one of the most influential hip-hop albums of all time.

He went on to release seven other albums; ‘And Then There Was X’, ‘The Great Depression, ‘Grand Champ’, ‘Year of the Dog… Again’, ‘Undisputed’, ‘Blood Red’, and ‘Bain Iz Back’.

His success as a musician-led him to get opportunities in acting. He went on to have a successful acting career with his movies grossing over $269 Million Worldwide. Some of his latest movies and TV shows include ‘Top Five’, ‘King Dog’, ‘Black Ink Crew’, etc.

Moreover, DMX has also published his autobiography titled, E.A.R.L.: The Autobiography of DMX.

Furthermore, he is the recipient of two American Music Awards in the category of Favorite Rap/Hip-Hop Artist.

DMX had a height of around 5 feet 11 inches and weighed around 81 kg. His hair color was black and his eyes were brown in color.

Earl Simmons had an estimated net worth of negative $10 million as of 2022. Despite having a successful career as a rapper and actor, Simmons also had a negative net worth due to his legal disputes and troubles. ‘

He filed for bankruptcy in a Manhattan court in July 2013 where he claimed to have $50k worth of assets and somewhere between $1 million to $10 million worth of debt.

DMX found himself in legal disputes a number of times. He first entered prison at the age of 16 for stealing a dog from a junkyard.

After his status as a star, he faced charges of weapons possession and animal cruelty in the late 1990s. In the early 2000s, he was arrested for marijuana possession, animal cruelty, drug possession, cocaine possession, criminal impersonation, mischief, menacing, DUI, parole violation, etc multiple times.

In 2015, he was arrested in New York for charges of robbery and outstanding child support. Moreover, in July 2017, he faced 14 federal counts of tax fraud In March 2018, the court sentenced him to a year in prison followed by three years of supervised release. On January 25, 2019, he got released from prison.

You may also like to read the Bio, Career, Net Worth, Relationships, and more about Ja Rule, Irv Gotti, Fat Joe, and more.