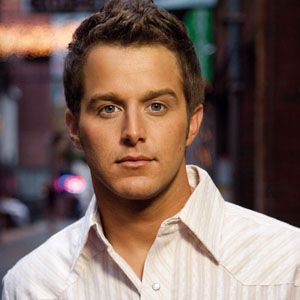 My heart's never smiled so hard Baby. Lovin' you is fun

A great song for me is when I hear it and it's contagious. The lyrics and the melody, if grows on you once and you want to hear it over and over again.

Easton Corbin is currently single. Previously, he was married to Briann Corbin. They got married on 2nd September 2006 and together had two children. In 2012, he legally split from his wife. He does not seem to have any known affairs and has managed to keep his family life secret and under wraps.

Who is Easton Corbin?

Easton Corbin is a young American country singer and songwriter. This heartthrob of millions has given award-winning and widely admired great singles such as ‘A little more country than that’, ‘Roll with it’ and ‘I can’t love you back’.

Easton Corbin was born on 12th April 1982, in Trenton, Florida, USA. His nationality is American and ethnicity is unknown. He was born to Dan Corbin and Delinda Bennett. But his parents divorced soon after his birth and he was reared by his grandparents on their countryside cattle farm.

His grandfather, Cecil Corbin had a huge collection of music records and Easton Corbin used to love going through them. As early as three or four years, it was his desire to be in the music industry. He had always wanted to learn some instrument and managed to learn guitar at the age of fourteen.

He obtained a degree in agribusiness from the University of Florida. He was deeply influenced by country music and joined a band which used to perform at music festivals. After his marriage, he moved to Nashville, Tennessee. He commenced work at Ace Hardware store and used to perform at weekends or at writer’s nights.

In 2005, Easton gave an in-store demo prior to his entry to a Contest in Florida. The store owner, Andy Temple was greatly impressed by his music and introduced him to Reese Wilson, his songwriter friend in Nashville. Producer Steve Davies was roped in and all three contributed greatly to putting Easton Corbin’s career on the right tracks.

In 2009, his works were noticed by Mercury Nashville label and he was signed in for their music albums. He released his singles and albums with this company and went on to gain fame with these songs. His songs have made it to the top list of Billboard country airplay chart.

Since 2012, he has collaborated with Ram trucks for television ads and music videos. His lead single ‘A Girl like you’ from his fourth music album would be released on radio on 30th January 2017.

He has a net worth of  $4 million but his salary is not revealed yet.

He was given a ticket for speeding in a construction zone in 2011 and had to pay a hefty penalty of USD 1000 for it. He is known to be a workaholic and enjoys touring globally for various concerts and promotions.

When he first made it to the top music list, he was often compared to George Strait, the Texan veteran country singer who has more than 50 no. 1 hit. Easton Corbin considers it as a compliment.

Easton Corbin has a height of 6 feet. He has a blue eye color and dark brown hair color. Furthermore, there are no details regarding his body measurements. Also, his body weight is not known.