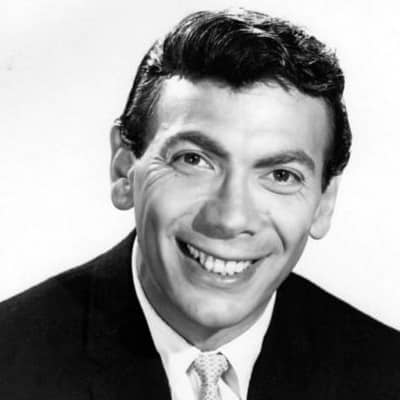 Ed Ames is a happily married man. He married Jeanne Arnold Saviano. Jeanne Arnold is the second wife of the actor. There is no information available about his children with Jeanne.

Previously, he was married to Sarita Cacheiro (Sara). The couple married in 1947. They were blessed with three children: one son named Ronald, and two daughters named Sonya and Linda. Sadly, Linda died in 2007.

Who is Ed Ames?

Ed Ames is an American Actor and Singer. He is better known for his pop hits songs of the 1960s. Also, he is known for his role as Mingo in Daniel Boone.

Ed Amed was born on July 9, 1927, in Malden, Massachusetts, United States. As of 2020, he is 93 years old. He is known as Ed Ames but his real name is Edmund Dantes Urick. Amed holds an American nationality and belongs of Jewish descent.

The Actor is the youngest son of Sarah (Zaslavakaya) and David Urick (Eurich). He has 8 siblings, 4 elder brothers, and 4 elder sisters. His brother’s names are Joe, Gene, Vic, but his sister’s names are unknown.

He grew up in a poor household. He raised to enjoy classical music and operatic music.

He attended the Boston Latin School. Also, he was educated in Classical and Opers music, as well as literature. In 1975, he graduated from UCLA and received his degree in theater and cinema arts.

Ames started his career with his brothers at a younger age. They formed the Amory Brothers quartet where they were hired by bandleader Art Mooney. Where Playwright Abe Burrows suggest them to changed their group name from Amory Brothers to Ames Brothers.

Brother’s released their first hit in the 1950s titled ‘Rag Mop’ and ‘Sentimental Me’ from Coral Records. Likewise, they released many hit songs in the 1950s included ‘The Naughty Lady of Shady Lane’, ‘It Only Hurts for a Little While’,’ You, You, You’, and more from RCA Victor.

In 1965, Ames’s released his first RCA Victor chart single, Try to Remember. Similarly, he gained popularity in 1967 with the song “My Cup Runneth Over”. The song was both pop and an adult contemporary radio hit. His version of “Do You Hear What I Hear” received its best-selling treatment from Bing Crosby in 1962.

Ames’s first starring role was in “The Crucible”. Likewise, he played as chief Bromden opposite Kirk Douglas in One Flew Over the Cuckoo’s Nest.  He also appeared in television series like Daniel Boone, The Travels of Jaimie McPheeters.

Ame’s also appeared as guest-starred in Redigo, The Day of the Pawnees-part2. Furthermore, he played a Mexican bandit, ‘The Rifleman” in 1962. On April 27, 1965, Ame’s appeared on The Tonight Show Starring Johnny Carson.

Ames estimated net worth is around $2.6 million throughout his profession as an Actor, Musician, and Singer. Moreover, he also involved in partial ownership of the Phoenix Suns.

Ames is around 6 feet 3 inches tall approximately and his weight is unknown. He has grey hair color and his eye color is black. Moreover, there is no information available regarding her other body measurement.