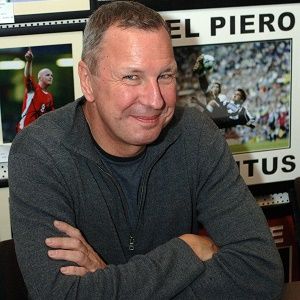 Ed Bye is a married man. He is married to his girlfriend, Ruby Wax, an American actress, mental health campaigner, lecturer, and author. The couple tied the knot on 16th May 1988. They are blessed with three children: Marina Bye(daughter), Max Bye(son), and Madeline Bye(daughter).

there is no information regarding his previous relationships.

Who is Ed Bye?

Ed Bye is an English film and television producer and director. He has directed the television series, Home Again, My Family, Coming of Age, etc. The shows which he has produced are Can’t Smeg, Won’t Smeg, Celeb, and many more.

Ed was born on 12th June 1955, in Hammersmith, London, United Kingdom. His birth name: Edward Richard Morrison Bye. His ethnicity is English and nationality is British.

Furthermore, his father’s name is Col Francis Clifford Edward Bye and mother’s name is unknown. Also, he seems like a single child as there is no information about his siblings.

Bye graduated from the Mount House School, Tavistock, Devon. He loved swimming during his college days and was a swimmer representing his college.

There is no information on Ed’s salary as well as net worth through any sources.