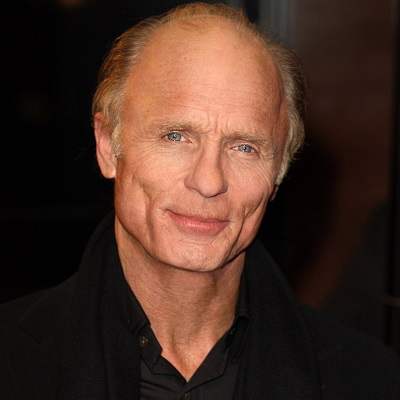 Ed Harris is married to Amy Madigan. His wife, Amy is a professional actress.

Who is Ed Harris?

American Ed Harris is a four-time Oscar-nominated actor, producer, and director. Harris is popular as Virgil Cole of Appaloosa and Gene Kranz of Apollo 13.

Last, in 2020, he featured the movie, Resistance as General Patton.

Next, he will make his appearance in the movie, Top Gun: Maverick and The Lost Daughter. Currently, those movies are in the stage of post-production.

Ed Harris was born on 28th November 1950 in Englewood Hospital in Englewood, New Jersey. Later, his family moved to New York City where he was raised. He is of British-Irish ethnicity with Presbyterian ancestry.

He is the son of Margaret Sholl and Robert L. Harris. His parents are originally from  Oklahoma. His mother, Margaret is a professional travel agent. Whereas his father, Robert was a singer. He passed away in 2014. He has two brothers named Paul and Robert.

Later, he joined Columbia University. In 1971, his family relocated to New Mexico and got enrolled at the University of Oklahoma to study drama. In 1975, he earned a bachelor’s degree with Honors in Fine Arts from the California Institute of the Arts.

He started his career through the local theater plays during his university days in Oklahoma. His early theater plays include the Play, Baalam directed by Thomas Rickman. In the play, he portrayed the character of an FBI agent.

Later, in the mid-’70s, he started his TV journey with the TV series, Gibsbsville as Steve. Following that, he made his appearance in the TV series including The Amazing Howard Hughes, The Rockford Files, Barnaby Jones, and The Seekers.

In 1980, he made his movie debut with the movie, Borderline. In the action-drama, he portrayed the character of Hotchkiss. Following that, he made his appearance in the movies including Under Fire, The Right Stuff, Alamo Bay, Sweet Dreams, and Paris Trout.

In 1995, he appeared in the adventure drama, Apollo 13. In the docudrama, he appeared as the leading character as Flight Director, Gene Kranz. For the movie, he was also nominated for the Oscar. Also, the movie received Oscar for the Best Sound.

As of now, he has made his appearance in more than 75 movies. Some of his movies along with the year and the character names are-

Besides being an actor, he is also a producer and director. He made his production and direction debut with the biography-drama, Pollock.

He has blue eyes with light hair. He stands at a height of 5 feet and 8 inches and weighs around 70 kg.

Talking about his appearance, he has a charming persona with an oval-shaped facial feature. Also, he prefers to be clean-shaved.