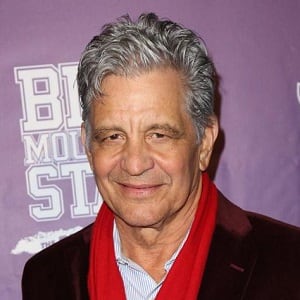 Ed Marinaro is a married man. He is married to Tracy York. Tracy is a fitness expert. The pair married on 31 December 2001. They have a son, Eddie from this marriage. Marinaro’s marriage is going strong as there is no news regarding any extramarital affairs at present.

Who is Ed Marinaro?

Ed Marinaro is a former American football player and actor. From 2010 to 2011, he starred in the football comedy series, ‘Blue Mountain State’. People mostly know him as a regular cast member on ‘Hill Street Blues’.

Marinaro was born as Edward Francis Marinaro in New York City, New York on March 31, 1950. He is the son of Louis John Marinaro. Additionally, he developed a keen interest in the world of football since his childhood years. He is of American nationality. Furthermore, there are no details available about his ethnicity at present.

Marinaro initially played high school football in New Milford. Additionally, he also played college football at Cornell University. There, he set over 16 NCAA records. He became the first running back in NCAA history. He played professional football for six seasons. Furthermore, he has played for teams like the Minnesota Vikings, Seattle Seahawks, and New York Jets. Apart from his career in football, Marinaro has also appeared in several movies and television series. He played the role of Alex in the TV series ‘Flying High’ in 1978. Since then, he has appeared in numerous other movies and television series. All in all, he has over 50 credits as an actor.

Some other movies and television series that Marinaro has appeared in are ‘An L.A. Minute’, ‘Blue Mountain State: The Rise of Thadland’, ‘Drop Dead Diva’, ‘Days of Our Lives’, ‘Yeti: Curse of the Snow Demon’, ‘Fist of the Warrior’, ‘Jane Doe: Til Death Do Us Part’, ‘8 Simple Rules’, ‘Avalanche Alley’, ‘A Gift of Love: The Daniel Huffman Story’, ‘Grace Under Fire’, ‘Panic in the Skies’, ‘Sisters’, ‘Amy Fisher: My Story’, ‘Menu for Murder’, ‘The Twilight Zone’, ‘The Diamond Trap’, ‘Sharing Richard’, ‘Policewoman Centerfold’, and ‘Laverne & Shirley’ among others.

In 1971, Marinaro was the runner-up to Pat Sullivan for the Heisman Trophy. In addition, in 1991, he was inducted in the College Football Hall of Fame.

Marinaro has not revealed his current salary. However, he has an estimated net worth of around $ 3 million at present.

Marinaro’s Heisman Trophy snub was controversial. Princeton’s Dick Kazmaier won the award. At present, there are no rumors concerning his life and career.