Ed Sheeran is a famous English singer and songwriter. He is married.

Ed Sheeran had a fling with Ellie Goulding when they both were seen holding hands with each other during MTV’s Video Music Awards 2013. Ed Sheeran started dating food stylist manager Athina Andrelos in January 2014.

She was the inspiration For Ed’s song “Thinking Out Loud.” The couple dated for a year before calling it quits in February 2015.

Ed started dating risk advisory consultant Cherry Seaborn. They had known each other since their high school time (specifically when Ed was 11).

The pair announced their engagement on January 20, 2018, and that they exchanged rings in December 2017.

They married in Dec 2018 in front of about 40 friends and family. The wedding ceremony was held in Sheeran’s country estate in Suffolk. 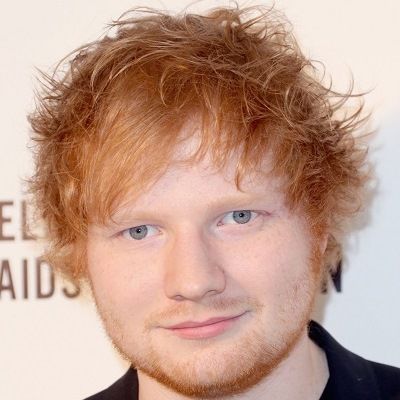 Music is a powerful tool in galvanizing people around an issue. There's no better way to get your point across than to put it in a beautiful song

As far as songwriting, my inspirations came from love, life and death, and viewing other people's situations

The main thing that you have to remember on this journey is, just be nice to everyone and always smile.

Who is Ed Sheeran?

Ed Sheeran is a famous English singer and songwriter. He has won the hearts of people all over the world with his melodic voice.

Likely, he is an occasional rapper and actor as well.

His father’s name is John Sheeran (an art curator and a lecturer) and his mother’s name is  Imogen Sheeran a cultural publicist who later became a jewelry designer.

Whereas, from an early age, Ed started playing the guitar as well as singing in the local church. According to him, Van Morrison’s studio album ‘Irish Heartbeat’ inspired him the most, and made him decide to choose a music career. Similarly, Eric Clapton, Paul McCartney, and Bob Dylan were some of the people who inspired him in his early years.

Talking about Ed’s education history, he studied at Thomas Mills High School in Framlingham. Then, he even studied music with the help of ‘Access to Music, a UK-based independent training provider.

He also joined the National Youth Theatre when he was a teenager.

Talking about his profession, from his teenage days Ed Sheeran had started recording CDs and selling them. Ed Sheeran released two albums: one named after himself in 2006, and another one named ‘Want Some?’ in 2007. In the year 2008, he moved to London.

He usually played at small venues, and later he also entered into a collaboration with Leddra Chapman, an English songwriter, and musician. He also spent some time at the reputed Academy of Contemporary Music, in Guildford, Surrey, England.

Additionally, he went to Los Angeles in April 2010 for a poetry night. Then, after his performance, Jamie Foxx, the famous American actor, and comedian, who was quite impressed by him, allowed him to use his recording studio. Later he also self-released two Extended Plays: ‘Ed Sheeran: Live at the Bedford and ‘Songs I Wrote With Amy.’

In addition, he released another Extended Play ‘No. 5 Collaborations Project’ in January 2011. It also starred rappers such as James Davlin and Richard Cowie. It also became one of the top ten songs in several countries such as Australia, Japan, Norway, and New Zealand.

Likewise, his second single ‘You need me, I don’t need you’, which was released in August 2011, also became quite popular.  Besides that, his amazing performance impressed Taylor Swift, and she later worked with him on the single ‘Everything Has Changed.’

Moreover, he released his second album ‘x’ (multiply) on 23 June 2014. It featured tracks produced by the well-known American record producer Rick Rubin and professional rapper Benny Blanco. It peaked at number one not only on the UK Albums Chart but on the US Billboard 200 as well.

He won Best British Male Solo Artist at Brit Awards, won Best Music International at Golden Camera, he also won Best Pop Solo Performance for “Shape of You” and as well as for Best Pop Vocal Album for “Divide” at Grammy Awards.

Similarly, he won Choice Single: Male Artist, Choice Music Breakout Artist at Teen Choice Award in 2013 and 2014. Then,  he won the Hottest Music Artist the Young Hollywood Award in 2014.

He has an estimated net worth of around £200 million (as per 2022 data) and he has earned that sum of money from his professional career.

His singing career has helped him in gaining fame and fortune.

There was a rumor that Ed Sheeran dated singer, Taylor Swift, Hungarian model, Barbara Palvin, and American singer, Nicole Scherzinger. Currently, he is far from rumors and controversies.

Ed Sheeran has a height of 5 feet 8 inches and he weighs 82Kg. His hair color is red and his eyes color is blue.

Tags : Artist of the Year English singer Shape of You

The East Suffolk estate of Ed Sheeran under fire from local council over pub signage and sauna near the pond!