Eddie Izzard is not a married man. He is a transgender. There were rumors about him being gay. But he claims he was a transvestite. Before, he had two love affairs. As of now he is single and focusing on his career. He might find his lover soon. 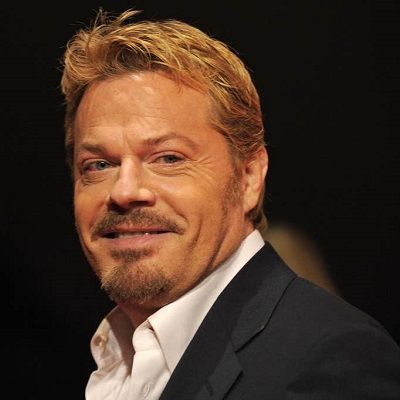 I can go from blokey to girlie in 15 minutes and then I'm out the door. But that's the fastest I can do it. Becoming a woman takes work.

I definitely have breast envy. When teenage girls were saying 'I wish I had breasts', I was thinking the same thing.

I don't know what it's like in the U.S. but immigrants in the U.K. do the jobs the citizens won't do.

Who is Eddie Izzard?

He has won Primetime Emmy Award for Individual Performance in a Variety or Music Program for his comedy special Dress to Kill.

He was born on 7th February 1962 in the Colony of Aden. He is the son of Harold John Michael Izzard(father) and Dorothy Ella(mother). Similarly, his mother worked as a midwife and nurse. His father was an accountant. He knew that he was transgender at the age of four. Similarly, he knew he wanted to become an actor at the age of seven.

Likewise, he has a brother named Mark Izzard. Besides, he belongs to British nationality and his ethnicity is mixed (English and French Huguenot).

Talking about his career, he had starred in the television series The Riches as Wayne Malloy. Similarly, he has appeared in films such as Ocean’s Twelve, Ocean’s Thirteen, Mystery Men, Shadow of the Vampire, The Cat’s Meow, Across the Universe, Valkyrie, and Victoria & Abdul.

Similarly, he has also worked as a voice actor in The Wild, Igor, The Chronicles of Narnia Prince Caspian, Cars 2, and The Lego Batman Movie. His website won the Yahoo People’s Choice Award and earned the Webby Award.

Likewise, he has campaigned for various causes and has been a Labour Party activist for most of his life. After that, he twice ran for a seat on Labour’s National Executive Committee. Similarly, when Christine Shawcroft resigned in March 2018, he automatically took her place.

In the year 2009, he completed 43 marathons in 51 days for Sport Relief despite having no prior history of long-distance running. Furthermore, he is transgender stating “I identify somewhat boyish and somewhat girl-ish.”

He has won Primetime Emmy Awards for Outstanding Individual Performance in a Variety or Music Program and Outstanding Writing for a Variety, Music or Comedy Program in Eddie Izzard: Dress to Kill.

As per 2022’s data, its estimated net worth of Eddie is around $20 million. He might earn a huge amount of money from his career but he has not revealed his salary and incomes.

He was rumored to be Gay. Similarly, he also had rumors about his breast implants.

Talking about his body measurements, he has a height of 5 feet 7 inches and weighs around 80 kg. He has light brown color hair and blue eyes.

Ryan Seacrest’s hunts for raw talent! Know the celebrities who started their career on the streets! Know the details!