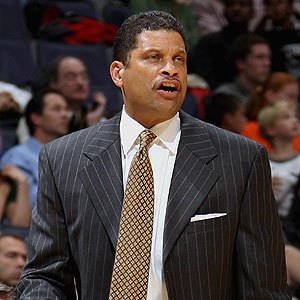 Talking about his personal life, Robert was married to Jordan Charisse. They have two beautiful children together, son Jackson and daughter Skylar. Moreover, he also has three sons: Justin, Eddie II, and Paul. despite having a good family with Charisse, they ended their relationship by getting a divorce.

However, there are no records of the date they married and the date they decided to divorce. Since then, not much is known about his relationship.

It seems that he is focusing more on his career rather than letting out details about his personal life. Given his age, it is evident that he has been married but the details are waiting to be found out. His fans are continually curious to discover more about him.

Who is Eddie Jordan?

He was born on January 29, 1955, in Washington D.C. Not much is known about his early life except the fact that he showed a keen interest in basketball since a very young age.

Regarding his education and studies, not much is known about it yet.

Jordan was selected in the second round of the 1977 NBA draft (33rd overall) by the Cleveland Cavaliers. He moved to New Jersey Nets halfway through his rookie season. He led in total steals with 201 in 1978–1979 season. Following year, he was second in total steals, 223, in 1979–80 season. Next year, he played for the Los Angeles Lakers and was a member of the 1982 NBA World Championship team. He played for the Lakers for four years. Before retiring in 1984, he played briefly with the Portland Trail Blazers.

In 1992, he became an assistant coach with the Sacramento Kings for five seasons. After that, he worked as the lead assistant coach of New Jersey from 1999-2003, helping the Nets to the NBA Finals in back-to-back years in 2002 and 2003. Following his success, he finally appointed as head coach for Wizards from 2003 to 2009. He was able to guide the Wizards to their highest win total in 25 years in the 2004-05 season. His team made four straight playoff appearances from 2004-05 through 2007-08. Before his arrival, Wizards made the playoffs just once over a 16-year span. After that, he was named head coach of the Philadelphia 76ers on June 1, 2009, before being fired the next season. Jordan was hired as an assistant coach with the Los Angeles Lakers in 2012.

Till date, it seems that he has managed himself to distance himself from any rumors and controversies. His professionalism is highly appraisable.