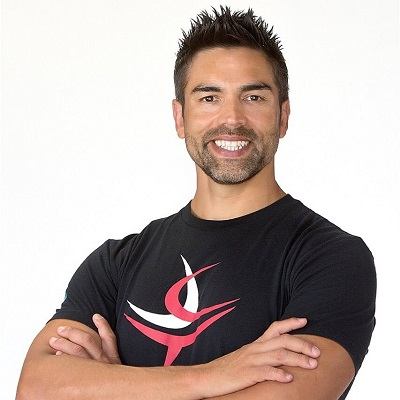 Eddie Judge is happily married to Tamra Judge. His wife, Tamra is a reality TV star and producer by profession. The couple walked the aisle on 15th June 2013.

The wedding took place at the St. Regus Monarch Beach Resort in Dana Point, California. At the wedding, his bride, Tamra wore a bridal cuff designated by Diann Valentine.

Before getting married, the couple dated each other for three years. Two years after that, they got engaged with each other.

Who is Eddie Judge?

American-Mexican Eddie Judge is a business and strength and Conditioning Trainer. He is renowned for his recurring appearance in the reality TV show, The Real Housewives of Orange County as the husband of Tamra Judge.

She is the co-owner of the fitness house, Cut Fitness.

Eddie Judge was born on the 31st of March 1973 in Guadalajara, Mexico. He is of British-French ethnicity with Mexican roots. As of 2020, he is 47 years old. Also, his zodiac sign is Aries.

His adoptive father, James Judge is an attorney by profession. Also, he is the founder and the managing partner of the law firm, The Judge Law Firm.

Moving towards academics, he is a student of the Business Administration. However, he has not revealed the name of his University.

Eddie Judge first came into the limelight in the media when he made his appearance in the reality TV series, The Real Housewives of Orange County. At the time, he was dating his future wife, Tamra.

Also, he working for his father’s law firm. Also, he made his appearance in the TV series, RHOC on multiple occasions.

He left his job in the firm and founded his own gym, C.U.T. Fitness in February 2013 along with his wife, Tamra. The gym is based on Racho Santa Margarita. The same year, he also made his appearance in the spin-off series, Tamra’s OC Wedding.

Currently, he happens to be the trainer of his gym, C.U.T. Fitness. He works as the strength and conditioner trainer, Spartan Race Coach, Cycling Coach, and Nutrition Coach for the gym. His bio on the gym’s profile shares that he has been in the fitness industry for over the last 20 years. As of now, he is busy expanding his gym business.

Moving toward net worth, his wife, Tamra has an estimated net worth of $2 million. Her salary for making her appearance as the cast of RHOC is around 325 Thousand per season.

Eddie Judge has brown eyes with brunette hair. He stands at a height of 5 feet 8 inches and has a decent weight with an athletic body structure.

To date, he has not been through any sort of controversy and scandal that created headlines in the media. However, back in 2019, there were rumors regarding his sexuality. Such rumors suggest that he is gay.

In the mid of such rumors, his wife, Tamra came to the rescue and cleared the rumors.

Eddie is active on Instagram with the handle, Eddie judge with over 148k followers.

He is not active on Twitter and Facebook. However, his fans and followers created several fan pages on those platforms.