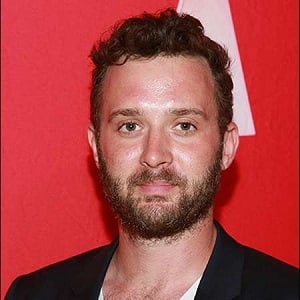 I read a lot of news online, but I like buying a paper because I'll read an article I wouldn't normally read. And more often than not, the articles that you don't expect to care about are the ones that grab you.

I am a Facebook voyeur. I feel bad about it because I never put anything on there, but I find it fun to sit there and watch peoples' lives go by. Or whatever lives they're presenting.

If I have the TV on, it's either a Mets game or 'SportsCenter.'

Eddie Kaye Thomas previously dated actress Ari Graynor. Their relationship was short-lived. Since then, Thomas has not been involved in any other relationships.

Who is Eddie Kaye Thomas?

Eddie Kaye Thomas is an American actor. People mostly know him for his role as Paul Finch in the ‘American Pie’ film series.

Additionally, he also appeared as Andy Rosenberg in the ‘Harold & Kumar’ series, and Dr. Tobias “Toby” Curtis in the CBS show ‘Scorpion’.

Thomas was born in Staten Island, New York City, New York on October 31, 1980. He was born to a Jewish family and throughout his childhood years, he grew up in the neighborhood of New Dorp.

Additionally, he became interested in acting since his childhood years and began his career as a stage actor at age seven. He is of American nationality. Furthermore, he belongs to the Ashkenazi Jewish ethnic background.

Eddie Kaye Thomas initially appeared in ‘Four Baboons Adoring the Sun’ in 1992. Additionally, in 1997, he starred opposite Natalie Portman in ‘The Diary of Anne Frank’. He appeared in an episode of ‘Are You Afraid of the Dark?’ in 1994. Thomas appeared as Young Flaco in 1996’s ‘Illtown’.

He also portrayed the role of Paul Finch in ‘American Pie’. Since then, he has appeared in numerous other movies and television series. All in all, he has over 50 credits as an actor.

Some other movies and television series that Thomas has appeared in are ‘Alex & The List’, ‘Things You Shouldn’t Say Past Midnight’, ‘Inside Amy Schumer’, ‘Seal Team Six: The Raid on Osama Bin Laden’, ‘Petunia’, ‘American Reunion’, ‘How to Make It in America’, ‘A Very Harold & Kumar 3D Christmas’, ‘Venus & Vegas’, ‘Good Behavior’, ‘Nick and Norah’s Infinite Playlist’, ‘Spellbound’, ‘On the Road with Judas’, ‘Kettle of Fish’, ‘Neo Ned’, ‘CSI: Crime Scene Investigation’, ‘American Wedding’, and ‘The Twilight Zone’ among others.

Thomas won the Young Hollywood Award in 2000 for ‘American Pie’. He shared the award with other co-stars of the films including Thomas Ian Nicholas, Alyson Hannigan, and Jason Biggs.

Thomas has not revealed his current salary. However, he has an estimated net worth of around $ 7 million at present.

Thomas became part of a controversy in 2013 after he received a restraining order. The restraining order was against the woman who barricaded herself inside Thomas’ Hollywood Hills home. At present, there are no rumors concerning his life and career.

Talking about his body measurement, Eddie Kaye Thomas has a height of 6 feet (1.83 m). Additionally, he weighs around 78 kg. Furthermore, his hair color and eye color is dark brown.

Thomas is not active over social media. He does not have his official Twitter and Instagram accounts. Additionally, he is not active on Facebook as well. However, he has several fan accounts on social sites.