Eddie Marsan is an English actor. He is married and a father of four.

Eddie Marsan is a married man. He is married to Janine Schneider who is a make-up artist. The pair married on 1 June 2002. They have four children from the marriage. Furthermore, Marsan’s marriage is going strong as there is no news regarding any extramarital affairs at present. 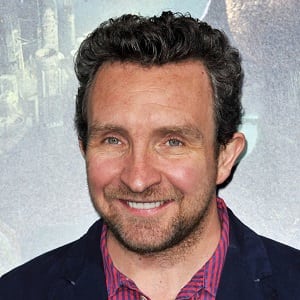 I used to do a lot of comedy. I don't know what happened. I think it's my face.

I see all these people talking about acting as a great spiritual thing. It's not. There's no great mystery to acting. It's a very simple thing to do but you have to work hard at it. It's about asking questions and using your imagination. The trick to acting is not to show off, it's to think the thoughts of the character. I was lucky because when I started acting, it was doing jobs above pubs. I learned to act in anonymity so by the time people saw me, I knew what I was doing. I was crap for years but no one saw me being crap. It's a trade you learn.

Who is Eddie Marsan?

Eddie Marsan is an English actor. People mostly know him for his role in Terry’s TV series ‘Ray Donovan’ and as Mr. Norrell in the drama ‘Jonathan Strange & Mr. Norrell’. Additionally, he has also appeared in several other movies and television series including ‘Sherlock Holmes: A Game of Shadows and ‘Mission: Impossible III’.

Marsan was born as Edward Maurice Charles Marsan in Stepney, London on June 9, 1968. His mother was a school employee and his father was a lorry driver. Throughout his childhood years, he was raised in Bethnal Green. Additionally, he developed a keen interest in acting in his childhood years. He is of English and British nationality. Furthermore, he belongs to the English ethnic background.

Talking about his education, Marsan attended Raine’s Foundation School. In addition, he trained at the Mountview Academy of Theatre Arts. Eventually, he also studied under Sam Kogan and The Kogan Academy of Dramatic Arts.

Marsan has garnered two EDA Award nominations. In addition, he won the 2014 Blue Angel in the Art Film Festival. He has also received two ACCA nominations. All in all, he has 9 wins and 20 nominations to his name to date.

Marsan has not revealed his current salary. However, he has an estimated net worth of around $ 800 Thousand as of 2022.

Although Marsan’s negative roles in movies have been criticized several times, he has not been part of any notable controversies to date. In addition, at present, there are no rumors concerning his life and career.

Talking about his body measurement, Marsan has a height of 5 feet 8½ inches (1.74 m). Additionally, he weighs around 68 kg. Furthermore, his hair color is Grey/Black and his eye color is green.

Also find out more about another British actor, Toby Jones.