Updated On December 18, 2022 | Published By: Rounak Kumar
Share this
In Relation 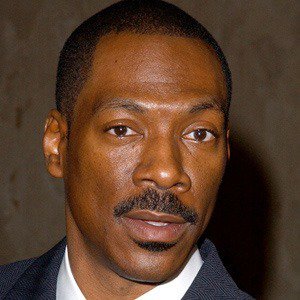 I've always had confidence. It came because I have lots of initiative. I wanted to make something of myself

If I don't die in a plane crash or something, this country has a rare opportunity to watch a great talent grow.

Eddie is in a relationship as of now. He has been married once till now but the marriage didn’t work out. It was with actress/model, Nicole Mitchell.

They dated for a couple of years and got married on March 18, 1993. But after a decade-long marriage, they got divorced in 2006.

They had five children together named, Bria, Myles, Shayne, Zola, and Bella.

Before that, he had two girlfriends, with whom he has two sons, Eric and Christian.

He was in a relationship with a singer in 2006-07, Mel B, with whom he has a daughter, Angel Iris Murphy Brown. After that, he also dated Tracey Edmonds in 2008.

Currently, he is dating model Paige Butcher since 2012. They have a daughter together named, Izzy (born May 3, 2016).

Who is Eddie Murphy?

Eddie Murphy is an actor and a comedian. Additionally, he is also a writer, singer, and producer.

Presently, he is a prominent figure in the media for appearing in an American action comedy film, “48 Hrs”.

Eddie was born in the city of Brooklyn in the state of New York on April 3, 1961. He possesses American nationality and his ethnicity is African-American.

His birth name is Samuel Franklin Levine. He was born to his parents, Lillian(mother), and Charles Edward Murphy(father).

He had a pretty rough childhood. His parents broke up when he was 3.

Afterward, at the age of 8, his father died. He has two brothers namely Charlie Murphy and Vernon Lynch. He and his brothers lived in foster care when his single mother became ill.

As per his education or academic achievement, he went to Roosevelt Junior-Senior High School. He used to practice his jokes after his school.

Eddie initiated his comedic career at the early age of 15. In his early TV career, he joined Saturday Night Live (SNL) in 1980.

He worked there until 1984. His work earned him several awards and nominations. Afterward, in 1983, he released a stand-up comedy television special, “Delirious”.

Contrary to TV, he made his debut in film in a 1982 film, “48 Hrs”. His performance in the film earned him several nominations including for Golden Globe. This boosted his career and landed him big roles.

Afterward, he joined the cast of “Beverly Hills Cop” in 1984. He portrayed the role of Detective Axel Foley in 3 films of the same series.

His performance in the first installment of the film earned him a Golden Globe nomination for best actor.

Additionally, he starred in movies like, “Life”, “Bowfinger”, “Metro”, “Vampire in Brooklyn”, “Trading Places”, and others.

Similarly, he was featured in several TV projects like, “What’s Alan Watching?”, “The PJs”, “Shrek the Halls”, and so on.

As a singer, he has released several albums and singles. During the ’80s, his singles, “Party All the Time”, and the “Put Your Mouth On Me” became extremely popular.

Similarly, his released studio albums are “How Could It Be”, “So Happy”, and “Love’s Alright”.

Murphy was cast as George Clinton in an unlimited biopic on March 31, 2022, with John Davis and Catherine Davis producing through Davis Entertainment.

Eddie Murphy: Salary and Net Worth

Presently, he earns a pretty good amount of salary and has a net worth of $200 million.

Eddie has been part of several controversies. Back in 1988, Art. Buchwald sued him for stealing the idea of the screenplay.

Additionally, police arrested him in 1997 for picking up a transvestite prostitute.

Eddie Murphy has a height of 5 feet 9 inches. His body weighs 77kg.

He has black hair and dark brown eyes. Furthermore, his shoe size is 8US.

Also know more about the early life, career, net worth, relationships, and controversies of other actors and a comedian including Andrew Dice Clay, Vice Ganda, Howie Mandel, Russell Brand, and Orlando Jones.