Eddie Redmayne is a married man. He has tied the knot with Hannah Bagshawe on 15th December 2014. Similarly, they have two children. Their daughter Irish was born in 2016 and a son Luke was born in 2018. 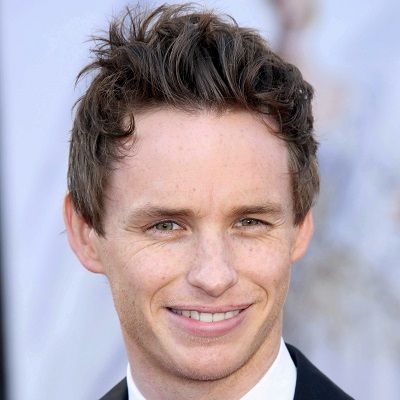 When I started acting professionally, it was always theater. I'm so ignorant about films, but m getting slightly better - after having been chastised by many co-actors. While we were shooting The Other Boleyn Girl (2008), Scarlett Johansson compiled a whole list of the films I should watch.

You only have those specific few hours to do a scene, and then you drive home and wait for six months to find out how it went. You can't go back and put in a new idea.

Who is Eddie Redmayne?

Likewise, he won Tony Award for Best Featured Actor in a Play.

He was born on 6th January 1982 in London, England. Similarly, he is the son of Richard Redmayne(father) and Patricia(mother). His mother runs a relocation business and his father is a businessman in corporate finance.

Similarly, he has three brothers Thomas, Charles, and James. He has a sister named Eugenie as well. Likewise, he belongs to British nationality and his ethnicity is mixed(English, Irish, Scottish, Northern Irish, and Welsh).

Talking about his education attended Eaton House and Colet Court. Similarly, he attended Eton College. After that, he went on to read History of Art at Trinity College from where he graduated with 2:1 Honour in the year 2003.

He began his professional acting career as a youth in West End theatre. After that, he made his screen debut in the year 1998 with guest television appearances. His first film roles came in the year 2006 with Like Minds and The Good Shepherd. Then he went on to play supporting roles in several films.

Similarly, Eddie Redmayne starred in the productions of Red from the year 2009 to 2010 and Richard II from the year 2011 to 2012. Likewise, he won Tony Award for Best Featured Actor in a Play. Finally, his film breakthrough came with the roles of Colin Clark in the biographical drama My Week with Marilyn and Marius Pontmercy in Tom Hooper’s musical Les Misérables.

In the year 2014, he portrayed Stephen Hawking in The Theory of Everything and won the Academy Award for Best Actor. After that, he played Lili Elbe in Hooper’s The Danish Girl and received a second Oscar nomination. Furthermore, in 2016, he began starring as Newt Scamander in the Fantastic Beasts film series.

He won BAFTA for Best Leading Actor. Likewise, he won the Women Film Critics Circle Awards for Best Actor. In this way, he has won many other awards as well.

The estimated net worth of Eddie is around $4 million as of 2022. He might earn a huge amount of money from his career but there is no information about his salary and income.

In 2016, he was rumored to be dating the singer Taylor Swift. Other than this there are no rumors or controversies about his personal and professional life.

Eddie Redmayne has a height of 5 feet 11 inches and his weight is around 76 kg. Similarly, his hair color is dark brown and he has green color eyes.