Actor-producer Eddie Velez is married and a father of one. 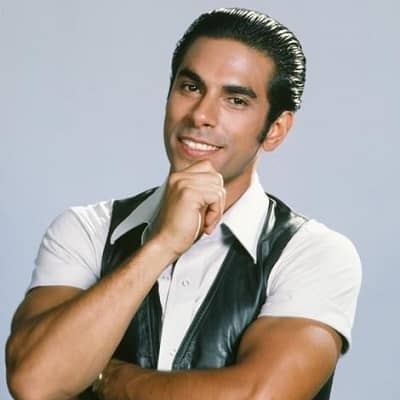 Eddie is married to Catharine Grace Richardson, a real estate investor, since 1990. He has a daughter named Eliza from his first marriage to Edna, whom he married in 1978.

Who is Eddie Velez?

Eddie Velez is a famous American actor from the United States of America who is most known for his film actor, film producer, screenwriter, actor, television actor.

Eddie Velez was born in New York City, New York, USA, on June 4, 1958, and raised in Manhattan by the Puerto Rican parents Ramon Velez and Mercedes Luciano. His upbringing and his sibling’s details are unknown.

He graduated from the High School of Art and Design in 1976, with a degree in Advertisement Art, but a film appreciation course captured his eye and lead him to dream about a career in the entertainment business.

He worked in the U.S. for four years.

Velez started acting while stationed in Sunnyvale, California, and enlisted in the United States Air Force. He was honorably discharged from the military in 1981 and eventually shifted to Los Angeles to start the acting career.

In 1983, he played his first television role in For Love and Honor, but in 1984 he played a more essential role, that of Napoleon “Napo” Rodriguez in Repo Man.

In 1986, when he played Alonso on the soap opera Capitol, the first appearance in a television series. Later, in the same year, he starred in the A-Team series, broadcast in the United States by NBC, in the role of Frankie “Dishpan” Santana, a new member of the team in the fifth and final season (1986-87). Another TV role was given to him, in the series Trial and Error (1988),

He played Detective Alexander Garcia in the soap operas Port Charles and General Hospital, and then Paul Mendez in Days of Our Lives.

Eddie has not won any awards so far but nominated four times in his career.

In 2001, he was nominated for the ALMA Award for Best Actor in Port Charles Daytime Drama (1997).

He was nominated for the Hollywood Screenplay Contest Award.

Eddie’s net worth is estimated at approximately $ 6 million, he has earned all these huge amounts of wealth from his profession as an actor, director, and producer.

During his successful career, he has not been involved in any controversy or in any sorts of scandals.

He weighs 69 kg, and 5feet 11 inches tall. His body shape is average, he has black hair and a pair of dark brown eyes.

His other body part details are not available.

Eddie is not active on any social media sites.

You may also interested to read the bio, net worth, salary, family, controversy, social media of Natalia Cigliuti, Paloma Estevez and, Nala Wayans.