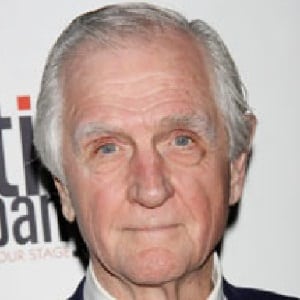 Edgar Lansbury was previously married to a woman named Rose. They later divorced. Since then, Edgar has not been involved in any other relationships. He has two children: David Lansbury and James Lansbury.

Who is Edgar Lansbury?

Edgar Lansbury is an American-British theatre producer. He has worked in several TV series including ‘The Red Skelton Hour’, ‘Studio One in Hollywood’, and ‘Stars of Jazz’ among others.

Lansbury was born in London on January 12, 1930. He was born to parents Moyna Macgill and Edgar Lansbury. His father was a politician and businessman and his mother was an actress. He has an older sister, Angela Lansbury who is an actress. Additionally, he is the twin brother of television producer Bruce Lansbury. Edgar is of British nationality. Furthermore, he belongs to the mixed ethnic background of Irish and English.

Talking about his education, there are no details available relating to Lansbury’s educational background.

Lansbury’s first Broadway production was the play ‘The Subject Was Roses.’ Additionally, he has also worked on several other plays including ‘The Only Game in Town’, ‘The Magic Show’, ‘Godspell’, ‘American Buffalo’, and ‘Look to the Lilies’ among others. Since then, Edgar has worked in several other television series and plays. All in all, he has over 10 credits as a producer.

In addition, some other television series that Lansbury has worked in include ‘Desperate Characters’, ‘The Defenders’, ‘War Hunt’, ‘The Red Skelton Hour’, ‘Playhouse 90’, ‘The Red Skelton Chevy Special’, ‘The Gene Kelly Show’, ‘Studio One in Hollywood’, ‘Summer Girl’, ‘Advice from a Caterpillar’, ‘A Stranger Waits’, ‘He Knows You’re Alone’, ‘Blue Sunshine’, ‘Coronet Blue ‘, and ‘The Subject Was Roses’ among others.

Lansbury won the Tony Award for Best Play for Frank D. Gilroy play ‘The Subject Was Roses.’ Additionally, he has also garnered the Drama Desk Award for Outstanding Play.

Lansbury has not revealed his current salary. Furthermore, there are no details available about his estimated net worth at present.

Lansbury has not been involved in any notable controversies in his career. Furthermore, at present, there are no rumors concerning his life and career.

Talking about his body measurement, there are no details available about Lansbury’s height and weight. His hair color is grey and his eye color is blue.

Furthermore, also know more about the early life, career, net worth, relationships, and controversies of other producers like Will Arnett, Peter Vack, Thora Birch, Dany Garcia, and Henry Winkler.