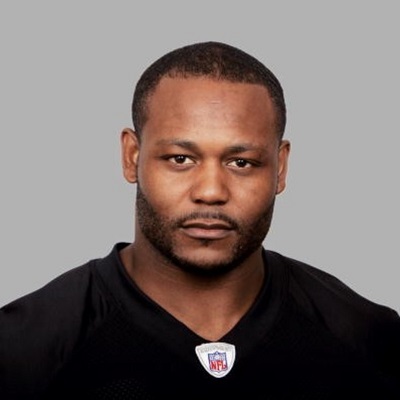 Edgerton Hartwell is currently married. As per the sources, his wife’s name is Tonya Hartwell. But their wedding details are not disclosed. This couple is blessed with a girl named Sevynn Elíse Hartwell (b. 2018).

Previously, he was married to reality television personality Lisa Wu-Hartwell in December 2005. The couple welcomed a son named Ed Jr. on May 9, 2007.

There was a court record that Lisa and Ed borrowed $2.9 million to buy their suburban mansion in June 2007. Then Bank of America paid $1.9 million after two years for the house at a foreclosure sale at the Forsyth County, Georgia courthouse, after the Hartwells defaulted on their adjustable-rate mortgage from the bank.

After that, he married actress Keshia Knight Pulliam on New Years’s Day 2016. Keshia announced on July 17, 2016, that she is expecting her first child(a girl) and finally welcomed a daughter named Ella Grace on January 23, 2017.

But, the couple could not hold the relationship and he filed for divorce on January 25, 2016, which was finalized in April 2018.

Who is Edgerton Hartwell?

In addition, he played college football at Western Illinois and later was drafted by the Baltimore Ravens in the fourth round of the 2001 NFL Draft.

He was born on May 27, 1978, in Las Vegas, Nevada. He is very secretive about his personal information and has not disclosed much about his father, mother, siblings, and childhood.

Hartwell holds American citizenship but his ethnicity is unknown.

He attended Cheyenne High School and graduated from there in 1996. In addition, he played college football at the University of Wisconsin and Western Illinois University.

Edgerton Hartwell started playing football in high school until he was drafted by the Baltimore Ravens in the fourth round of the 2001 NFL Draft. From 2001 to 2004, Hartwell played for the Ravens where he had 337 tackles, six sacks, and one interception.

He signed with Atlanta Falcons in 2004 for six years amounting to $26.25 million, this significant figure became a contributory factor to Ed Hartwell.

He signed with the Cincinnati Bengals on May 3, 2007, however, he was released on September 1 following the preseason.

In addition, he made a guest appearance on Tyler Perry’s ‘House of Payne’. Moreover, he signed a contract with the Las Vegas Locomotives in 2010.

He along with his ex-wife, Lisa had several aspiring businesses such as a real estate firm called Hartwell and Associates, a t-shirt line called Hart 2 Hart Clothing, a women’s clothing line called Closet Freak, and several others.

Hartwell must have accumulated a huge sum of money from his career however, he has not disclosed his exact net worth, salary, and income.

According to online sources, he has an estimated net worth of around $200K.

Hartwell does not like to harm others and has not been involved in any rumors and controversies in her personal and professional life.

Edgerton Hartwell has a height of 6 ft. 2 inches and weighs 109 kg. He has black eyes and black hair. But his shoe size, dress size, etc. are not available.

To know more about Sue Bird, Greg Herenda, and Joe Budden, please click on the link.

Keshia Knight Pulliam and Brad James are officially engaged! Know about their relationship and net worth of Keshia