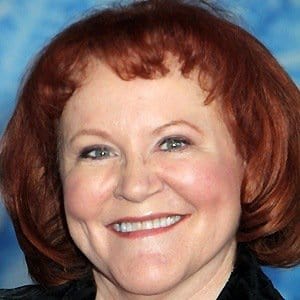 What is the relationship of Edie McClurg?

Edie McClurg has kept the information regarding her personal life a secret from the rest of the world.

There are no records available about her past and present relationships. At present, she is believed to be single.

Who is Edie McClurg?

Edie McClurg is an American actress, stand-up comedian, and singer. She has appeared in several movies and television series in her career and has more than 200 credits as an actress.

McClurg was born in Kansas City, Missouri on July 23, 1951, to parents Mac and Irene McClurg. Her father was a mailman and her mother was an FAA secretary.

Additionally, she has an elder brother Bob. She became interested in the world of acting in her childhood years. She is of American nationality. Furthermore, there are no details available about her ethnic background at present.

Talking about her education, McClurg attended the University of Missouri–Kansas City in the mid-1960s. Additionally, she also received a master’s degree from Syracuse University.

McClurg initially made her screen debut as Helen Shares in the 1976 horror film ‘Carrie’. In 1977, she appeared in ‘Cracking Up’. Later in 1977, she was cast as Venus Kallikak in the TV series ‘The Kallikaks’.

In the same year, she also appeared in ‘The Richard Pryor Show’ and ‘Once Upon a Brothers Grimm’. In addition, in 1979, McClurg had roles in ‘Hello, Larry and ‘Scooby-Doo and Scrappy-Doo’.

Since then, she has appeared in numerous other movies and television series. All in all, she has over 200 credits as an actress.

Some other movies and television series that McClurg has appeared in are ‘Transformers: Robots in Disguise’, ‘Bad Shorts’, ‘Mike & Molly’, ‘Sketchy’, ‘Regular Show, ‘A Long Way Off’, ‘CSI: Crime Scene Investigation’, ‘Two and a Half Men’, ‘Fish Hooks’, ‘Changing Hearts’, ‘The Life & Times of Tim’, ‘Desperate Housewives, ‘Pair of Kings’, ‘Hannah Montana’, ‘Higglytown Heroes’, ‘7th Heaven’, ‘The Adventures of Jimmy Neutron: Boy Genius’, ‘Fish Without a Bicycle, ‘Clifford the Big Red Dog’, and ‘Rocket Power: Race Across New Zealand’ among others.

Additionally, she also has 3 credits as a writer. She also worked with Paul Reubens on his first play ‘The Pee-wee Herman Show’.

Furthermore, she has also garnered the Maverick Movie Award and DVDX Award nominations. All in all, she has 3 wins and 2 nominations to her name.

McClurg has not revealed her current salary. However, she has an estimated net worth of around $6 million at present.

Is Edie McClurg involved in any rumors and controversies?

McClurg has not been part of any notable controversies in her career. Additionally, at present, there are no rumors concerning her life and career.

Talking about her body measurement, there are no details available about McClurg’s height and weight. Her hair color is red and her eye color is green.

Also get to know more about Sasha Lane, Mamie Gummer, and Ben Browder.